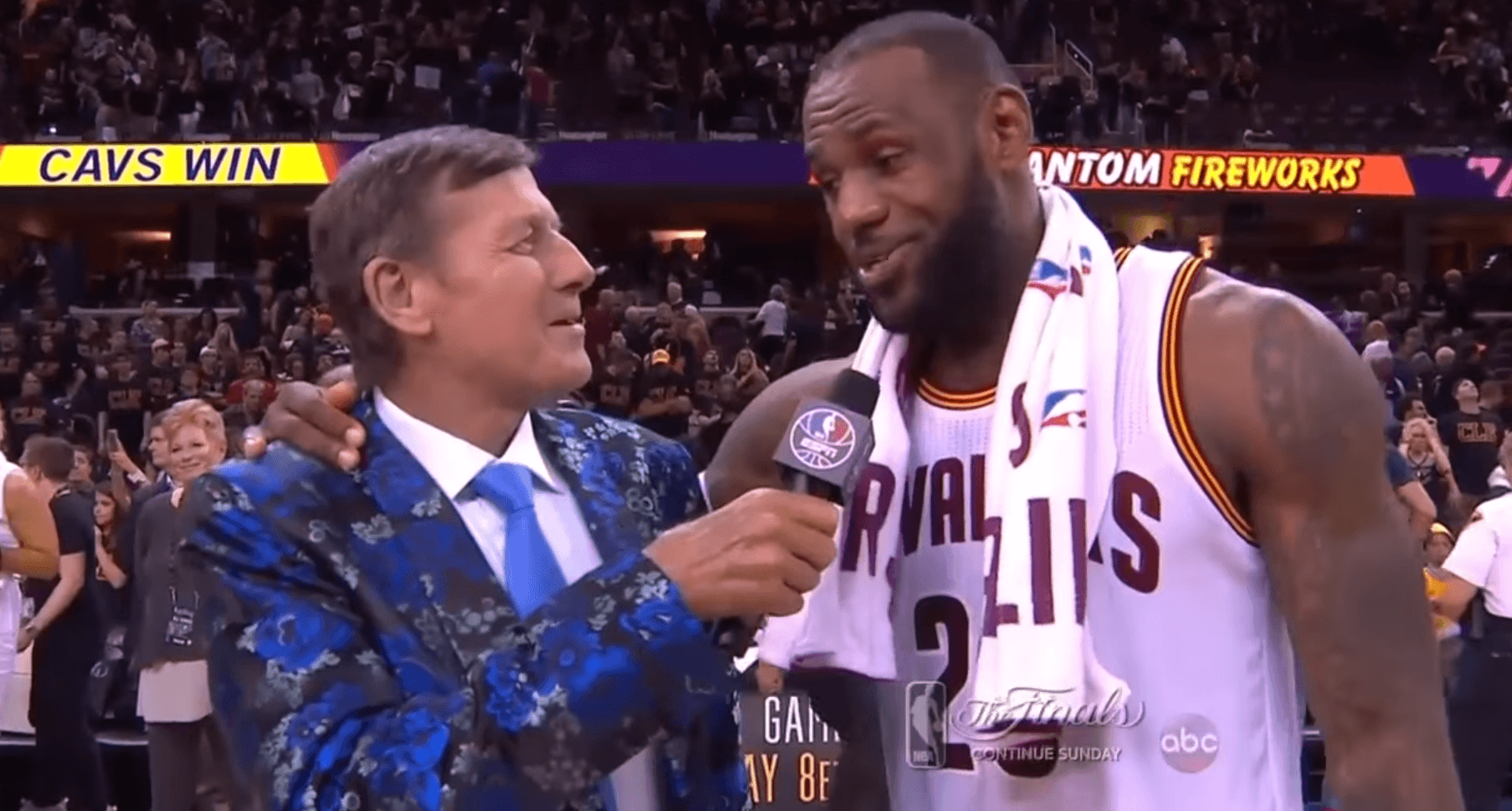 The NBA family has a heavy heart today with the passing of legendary sideline reporter Craig Sager after a two-year bout with leukemia.

This past summer, ESPN and Turner Sports were able to come to an agreement to allow Sager be the sideline reporter for Game 6 of the NBA Finals. The game would be his first ever Finals game in his 30+ years of broadcasting.

Relive his Finals postgame interview with LeBron James, who led the Cavs to a victory and forced a Game 7.

JUST IN: David Griffin gave thumbs up to a night off for ‘Big 3’
Related TopicsCavaliersCraig SagerLeBron James