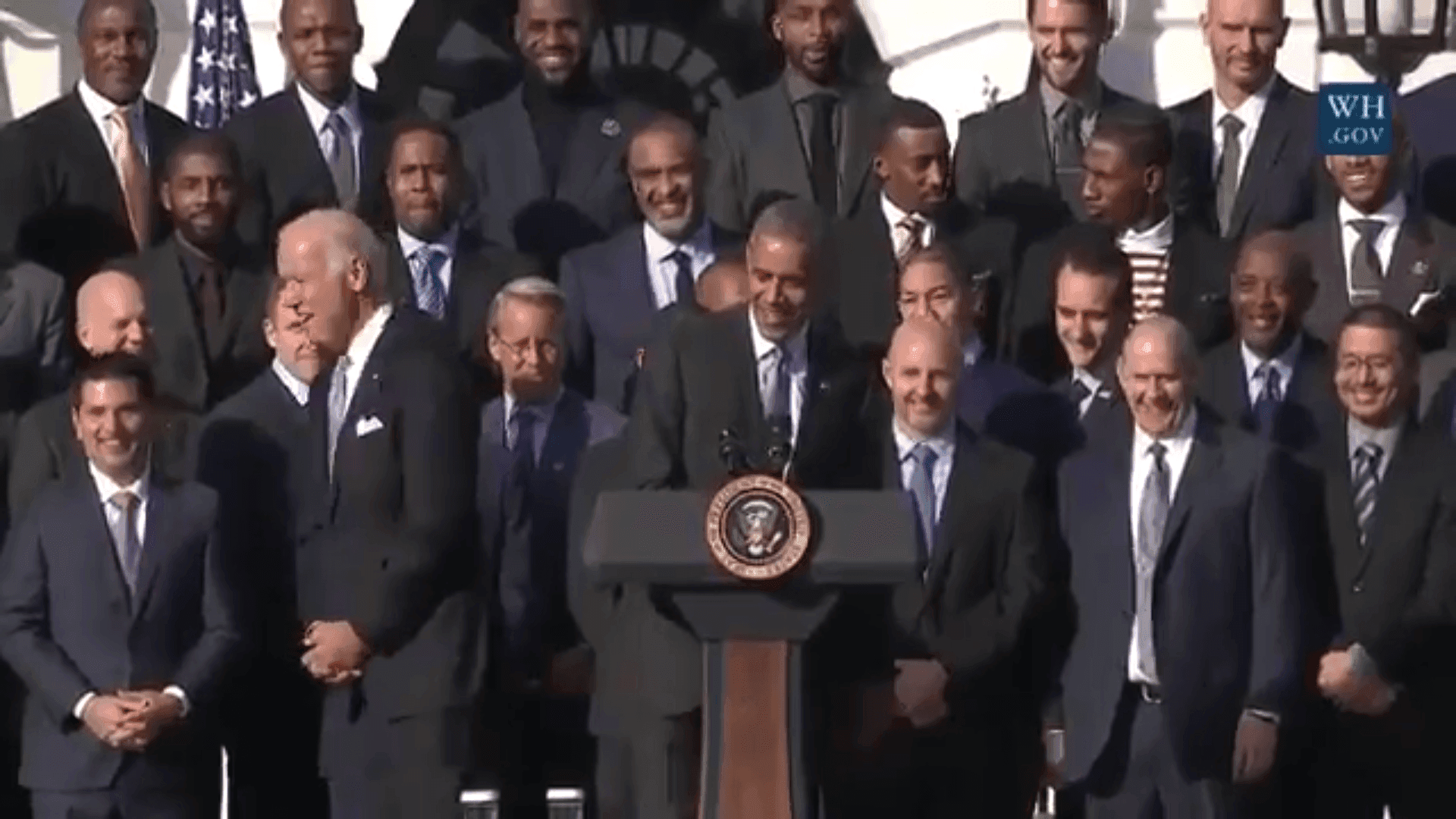 By now, everyone knows that the Cavs became the first team in NBA history to come back from a 3-1 deficit in the NBA Finals. During the visit and the speech, Obama took a little shot at the Golden State Warriors, reminding everyone about the 3-1 lead as well as praising the Cavs for helping to cement the 1995-96 Bulls as the greatest team of all time.