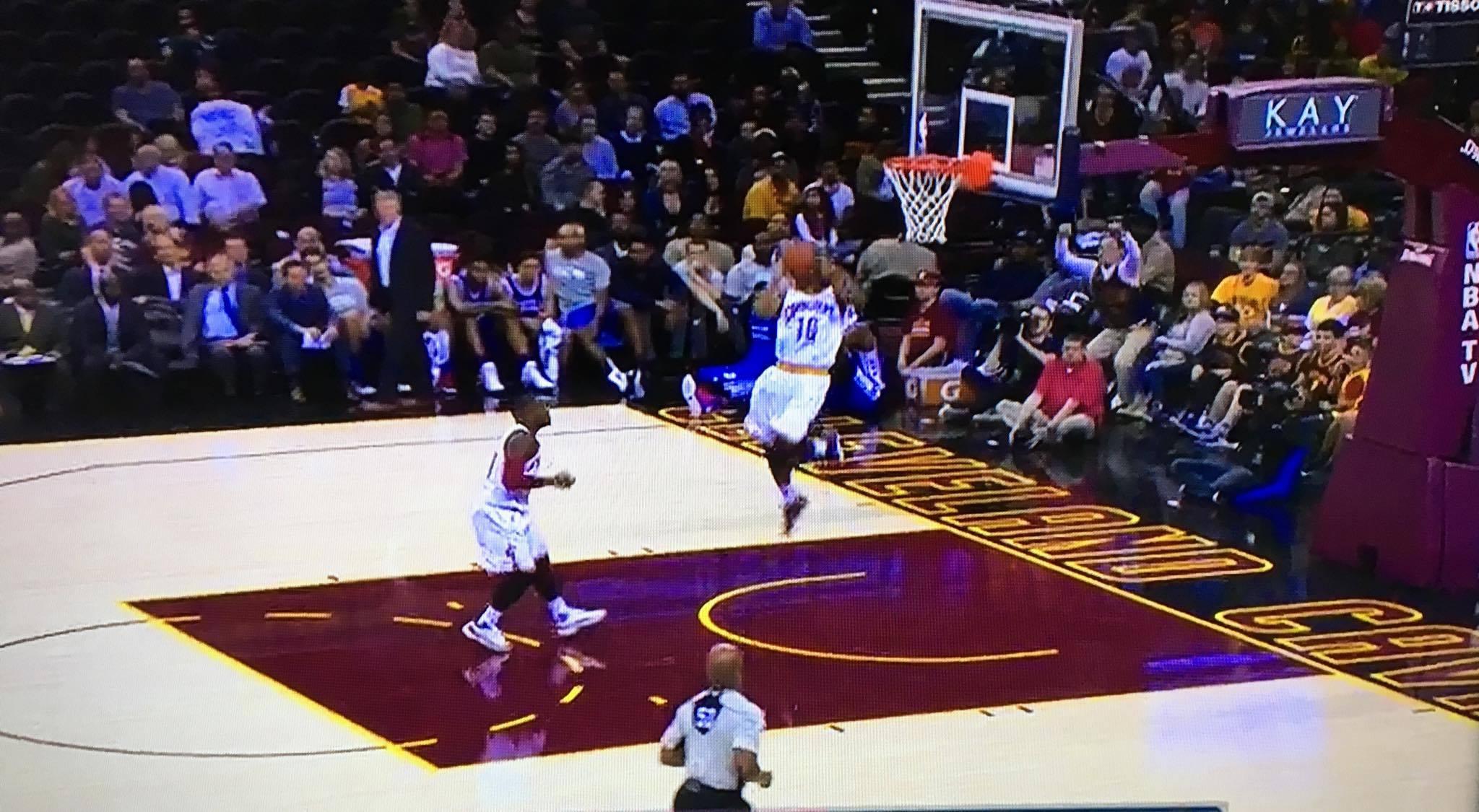 The Cleveland Cavaliers were in a tight contest with the Philadelphia 76ers tonight, and it ended in dramatic fashion as both teams putting in the roster hopefuls at the end. As the fourth quarter was winding down, Cavs guard Markel Brown threw down a nasty 360 dunk, but also took about five or six steps en route to the dunk.