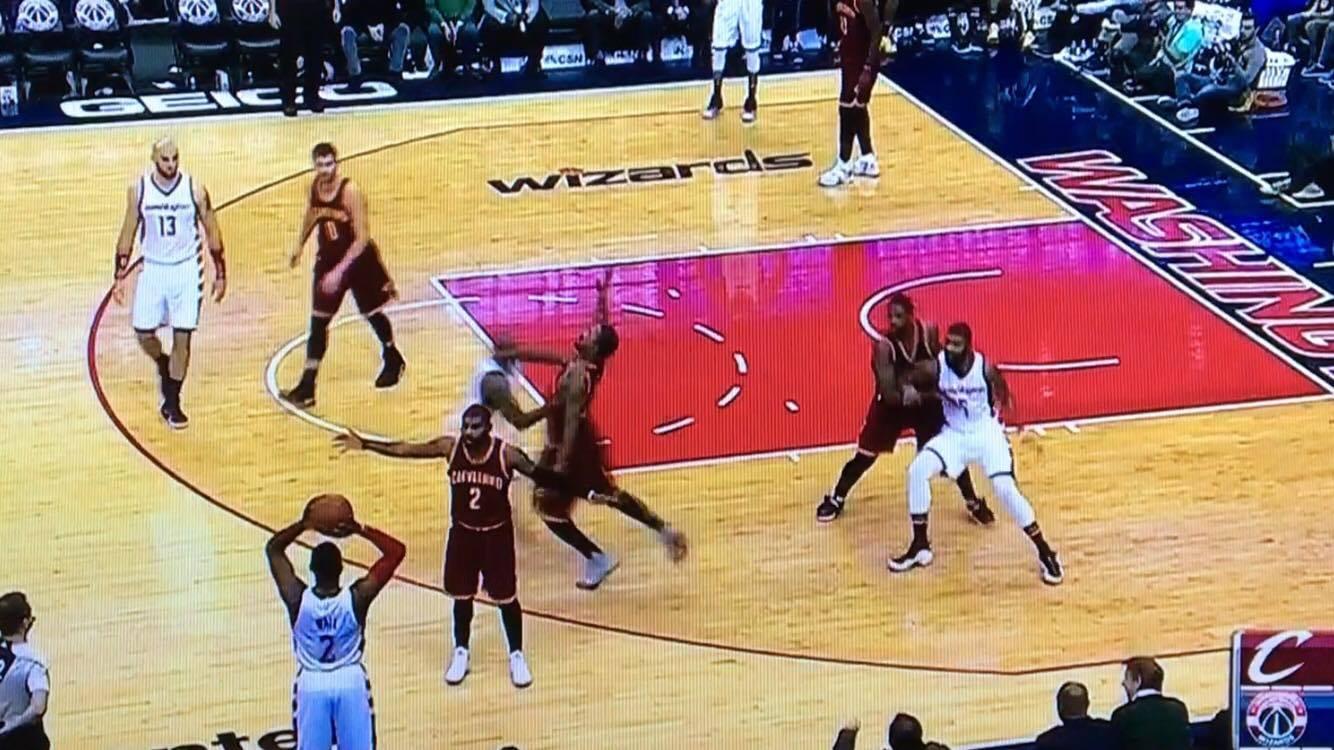 If anyone has a little edge to them in the Cavs’ starting lineup, it’s recently signed shooting guard J.R. Smith. During a play in the 3rd quarter, Wizards’ guard Marcus Thornton pushed off Smith repeatedly while trying to get open. Smith took exception to the shove, and gave him a shove right back as he tried to drive. Thornton, however, didn’t like it and marched back towards Smith. After being called for a flagrant foul 1 on the push, the Cavs got a stop and Smith nailed a three-pointer.

Marcus Thornton pushes off J.R. Smith, then doesn't like when J.R. does it back. #CavsNationpic.twitter.com/2HRToVfUeR