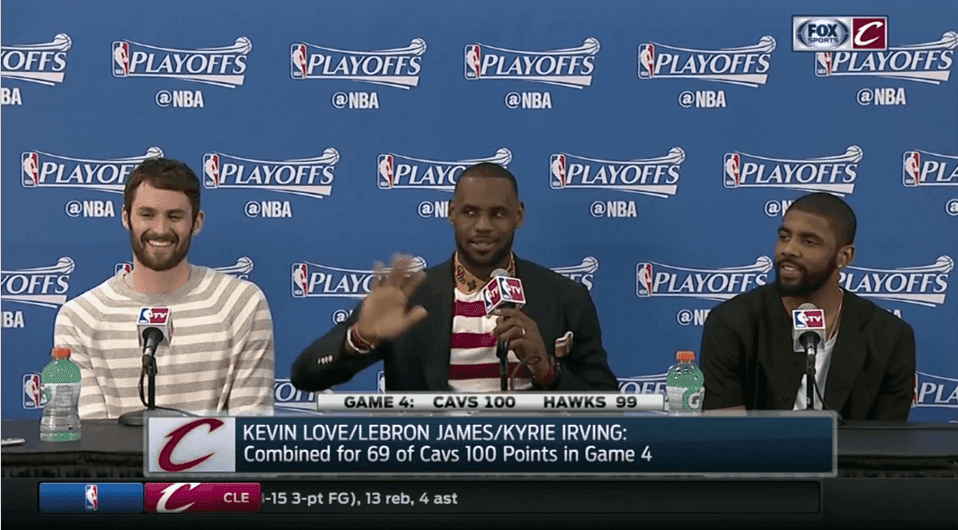 LeBron James helped put Cleveland on the map when he helped guide them to their first ever NBA Finals appearance in 2007. When Kyrie Irving arrived after James’ departure, he was hailed the new man in Cleveland. That is, until James’ return just three years after Irving was drafted.

After the Game 4 win over the Atlanta Hawks, Kyrie Irving was asked a question that was halted by LeBron James. It started with the reporter saying, “Kyrie, question for you since you, obviously, were here with Cleveland first. What does it-”

LeBron then hilariously stopped and corrected him by pointing out that Irving was here second, after him, technically.

When a reporter's timing on who was in Cleveland first is a little off, LeBron has some fun offering a correction https://t.co/QWRBVr8dnv