Video: LeBron James is surprised that the Miami Heat gave up on Chris Bosh 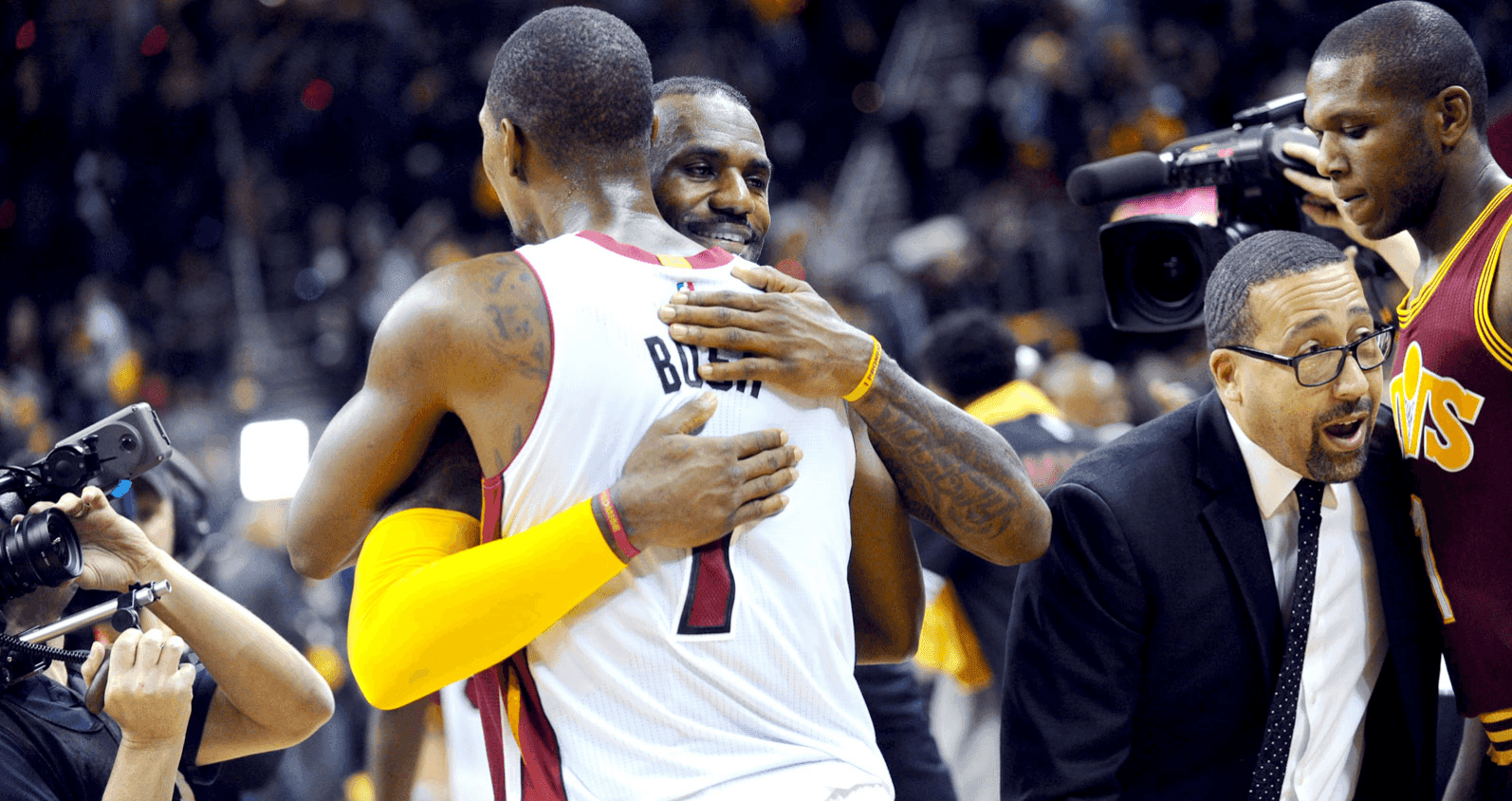 After winning a pair of championship with the Miami Heat in 2012 and 2013, LeBron James opted to return home to the Cleveland Cavaliers. His departure did not sit well with Heat president Pat Riley, who said, “we don’t run when things get tough,” before James went home.

James’ departure was never going to change the brotherhood he had with Dwyane Wade. Within two years, the “Godfather,” as he’s been called in Miami, has lost the face of the Miami Heat franchise in Wade, and has now given up on power forward Chris Bosh’s career with the Heat.

“I think Chris is still open-minded. But we are not working toward his return. We feel that, based on the last exam, that his Heat career is probably over.”

James, however, doesn’t understand how the organization (Riley was the one who released the statement on Bosh) could give up so quickly on the 13-year veteran and the 11-time NBA all-star who helped bring two of the three titles to it’s franchise.

Transcribed by Joe Vardon of Cleveland.com:

“We all know it’s probably a difficult situation for him,” James said Tuesday, after the Cavs’ first practice of season. “(I was) pretty surprised a little bit to hear that the team is just done with him, and then to come out and say it. It’s not like I’ve been there, to know exactly what’s going on in the interior. So I’ve only seen it from the exterior like the rest of us.

“So, I just wish the best for him and he has my support.”

After the NBA Finals, ESPN’s Dave McMenamin was able to learn that James’ secret motivation to win a championship in Cleveland, other than the obvious reasons, was a certain doubter in Miami who told him he was making the biggest mistake of his life going back home. Many believe that to be Pat Riley, and James winning a title was the best way to prove that his return home.

Regardless of the comments made by James, Chris Bosh’s career may very likely be over. After failing a physical before the start of training camp, it unfortunately seems unlikely he’ll ever be healthy enough to return to the basketball court.