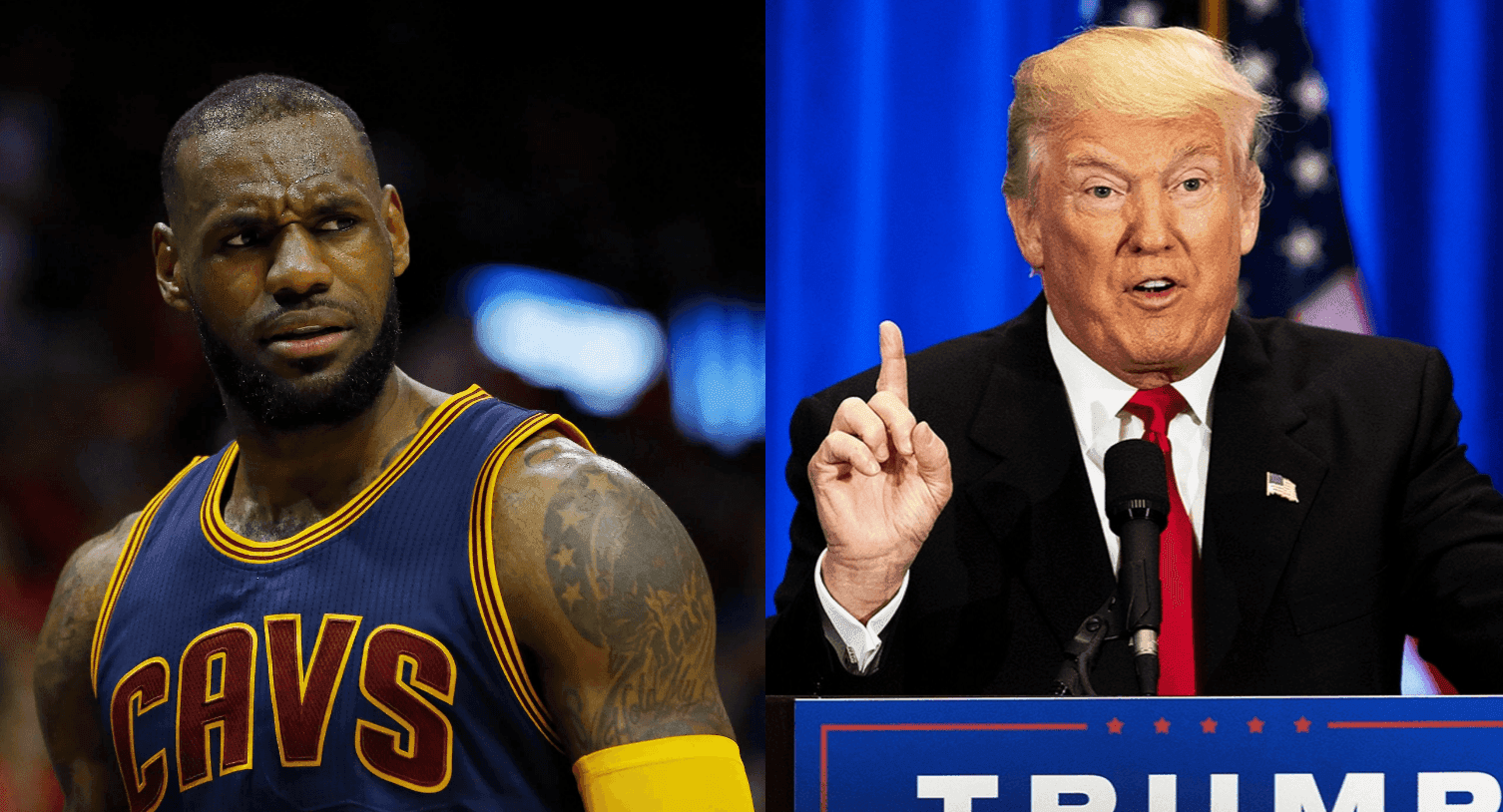 First it was Dahntay Jones, and now it’s LeBron James responding to questions regarding “locker-room talk.”

After apologizing for the tape, Trump tried to explain the way he spoke in the tape, calling it “locker-room talk,” meaning that’s what guys in sports talk about in the locker room before and/or after a game.

Dahntay Jones responded to that explanation on Tuesday, saying Trump could not be more wrong. After Wednesday’s practice, it was LeBron James’ turn to field a question regarding the topic.

James, who publicly endorsed the Democratic candidate for president, Hillary Clinton, didn’t refer to Trump by name, instead calling him “that guy.”

If we’re being honest, these players who live very luxurious lives very likely do discuss women; that is one thing. However, bragging about sexually assaulting women because they’ve achieved a certain “star” status is something entirely different.

Dahntay Jones had this to say about what Trump called “locker-room talk.”