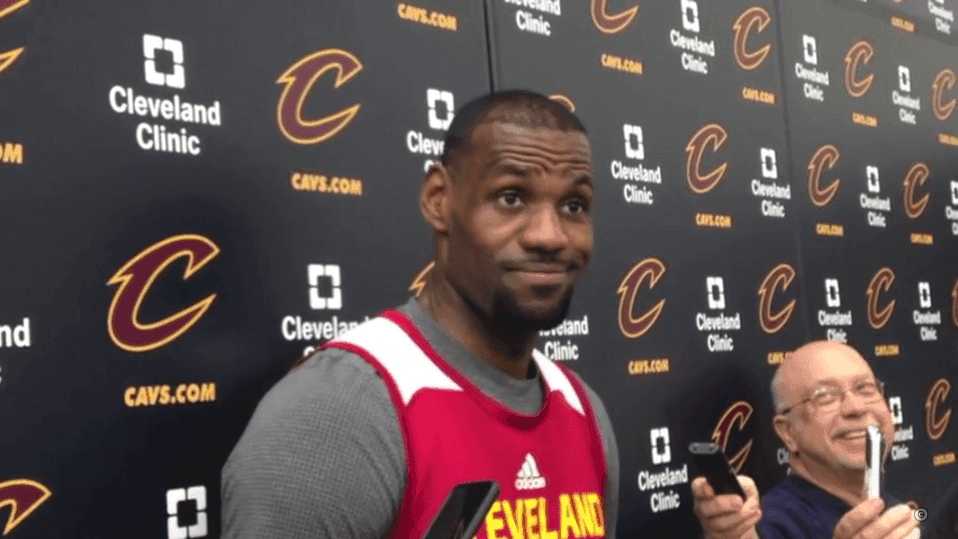 Early this week, Anderson Varejao signed a deal with the Golden State Warriors after being traded by the Cleveland Cavaliers. He spoke with members of the media regarding his new team and the love they have for one another.

Not much was thought of the comment until you further look into it, and Cleveland.com’s Joe Vardon brought up the fact that Varejao said they ‘love each other’ so much, that he was almost implying that the Cavs may not be as close as the Warriors are.

LeBron James was asked if there was a chemistry issue here in Cleveland.

James then responded when asked about the Warriors loving each other with a 50-5 record.

“I would hope…if you’re 50-5 that everyone loves each other, I mean, s—,” James said. “What else do you want at that point? Duh. Anybody could say that. Stevie Wonder could say that.”

Watch James’ full and hilarious response to the questions regarding Varejao and the Warriors.