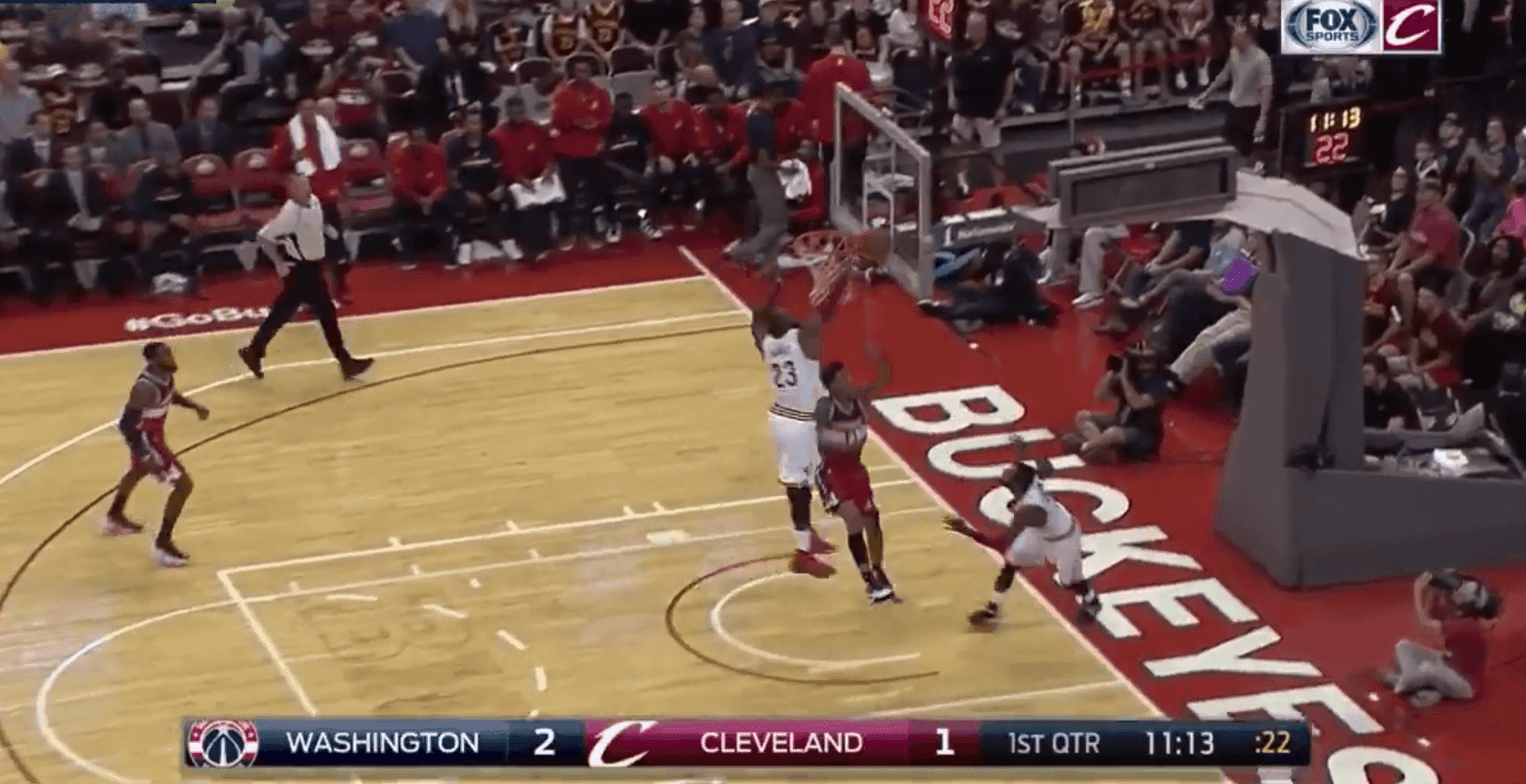 Cavs fans have seen ‘The Block’ by LeBron James about a million times this summer. In his first preseason action in about two weeks, which is also the Cavs final tuneup before the start of the regular season, James shows his athleticism early on and rejects Wizards’ player Kelly Oubre. The block brought flashbacks to the epic block against Andre Iguodala and the Golden State Warriors in Game 7 of the 2016 NBA Finals in which the Warriors led 3-1 (if you forgot).