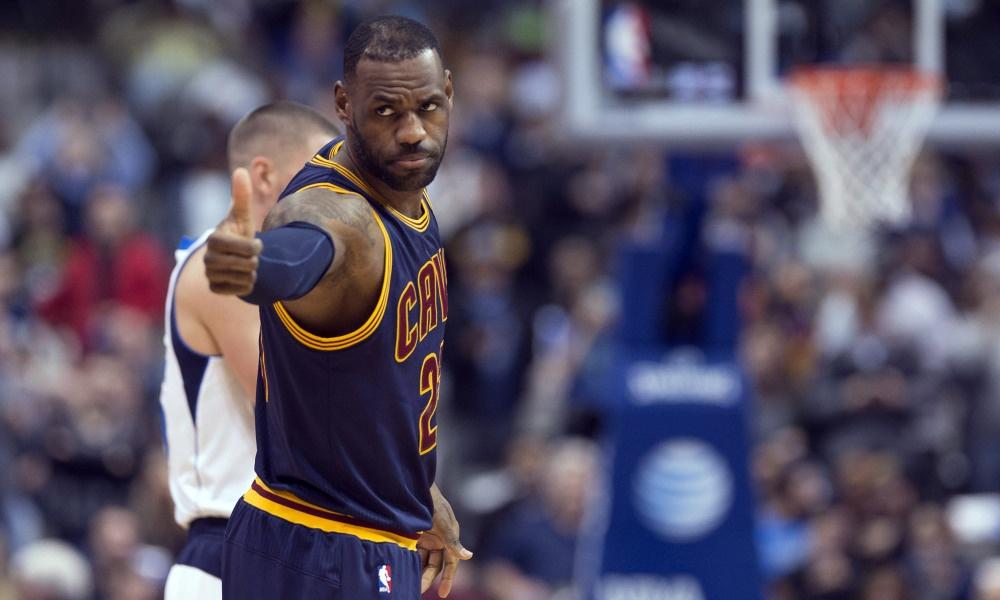 The Cleveland Cavaliers beat down the Denver Nuggets on Monday night 124-91. It was a game that saw the Cavs dish out a season-high 38 assists and LeBron James notch his 41st triple-double of his career with 33 points, 11 rebounds, and 11 assists.

After getting blown out on Saturday by the Miami Heat, many began speculating and suggesting that LeBron James misses Miami and that he should come back in the offseason. After the game, James was asked about his recent Twitter activity that reportedly saw him “unfollow” the Cavs On Twitter. James did not take kindly to the question, and was visibly annoyed by the fact that it was even mentioned.

LeBron has no answer for this reporter's question.
Via Cavs TV pic.twitter.com/c8qlTLk2si

It’s pretty funny to see what LeBron can do with just a push of a button and how all these reporters and social media members are feeding into that.