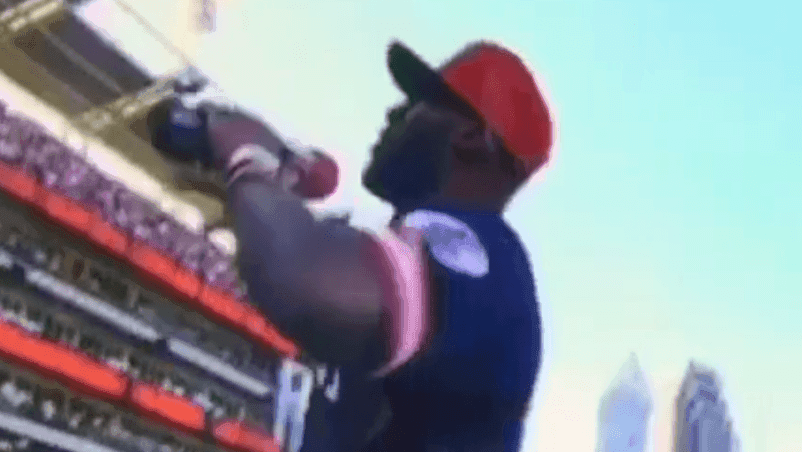 After their practice today, LeBron James, Channing Frye, and some of the Cavaliers attended Game 2 of the Cleveland Indians playoff game against the Boston Red Sox. Before the game, James took to the field and the microphone, where he addressed the Cleveland crowd and pumped them up for the game.

.@KingJames is ready to #RallyTogether.