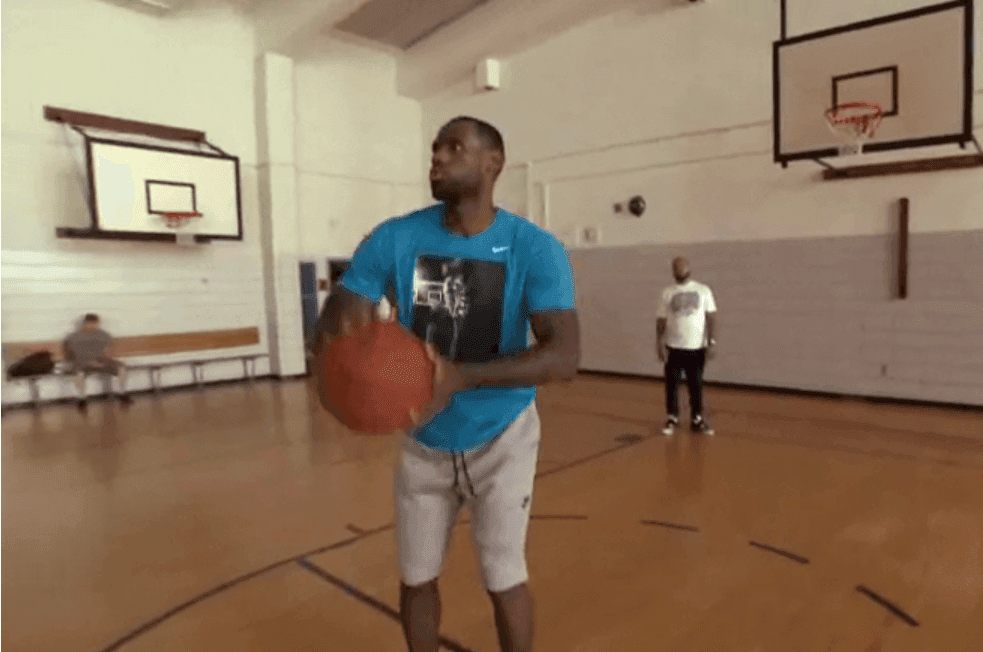 There may not be a part of LeBron James’ game that he hasn’t mastered yet. Of course, he always gets better by working on his craft and improving whatever deficiencies he may have.

For his career, James averages 27.3 points, 7.1 rebounds, 6.9 assists, and 1.7 steals per game while shooting 49.6% from the field and 34.25 from downtown. The only part of James’ game that we could possibly him get better at is his consistency at the free throw line.

For his career, LeBron James is a 74.5% free throw shooter and has never shot better than 78% from the stripe. This season’s 71% from the stripe was also the second lowest of his 12-year career. It has cost his teams a game here and there during the regular season, but never in anything drastic.

In this video, James seems to have taken practicing free throws to a whole new level. He shoots the free throw, backwards.

Hey, so far, despite it being a small sample size, LeBron is 1-for-1 (100%) from the line when shooting backwards, so it’d be funny to see him take on a couple teammates at a Cavs’ practice in a game of backwards free-throw shooting.