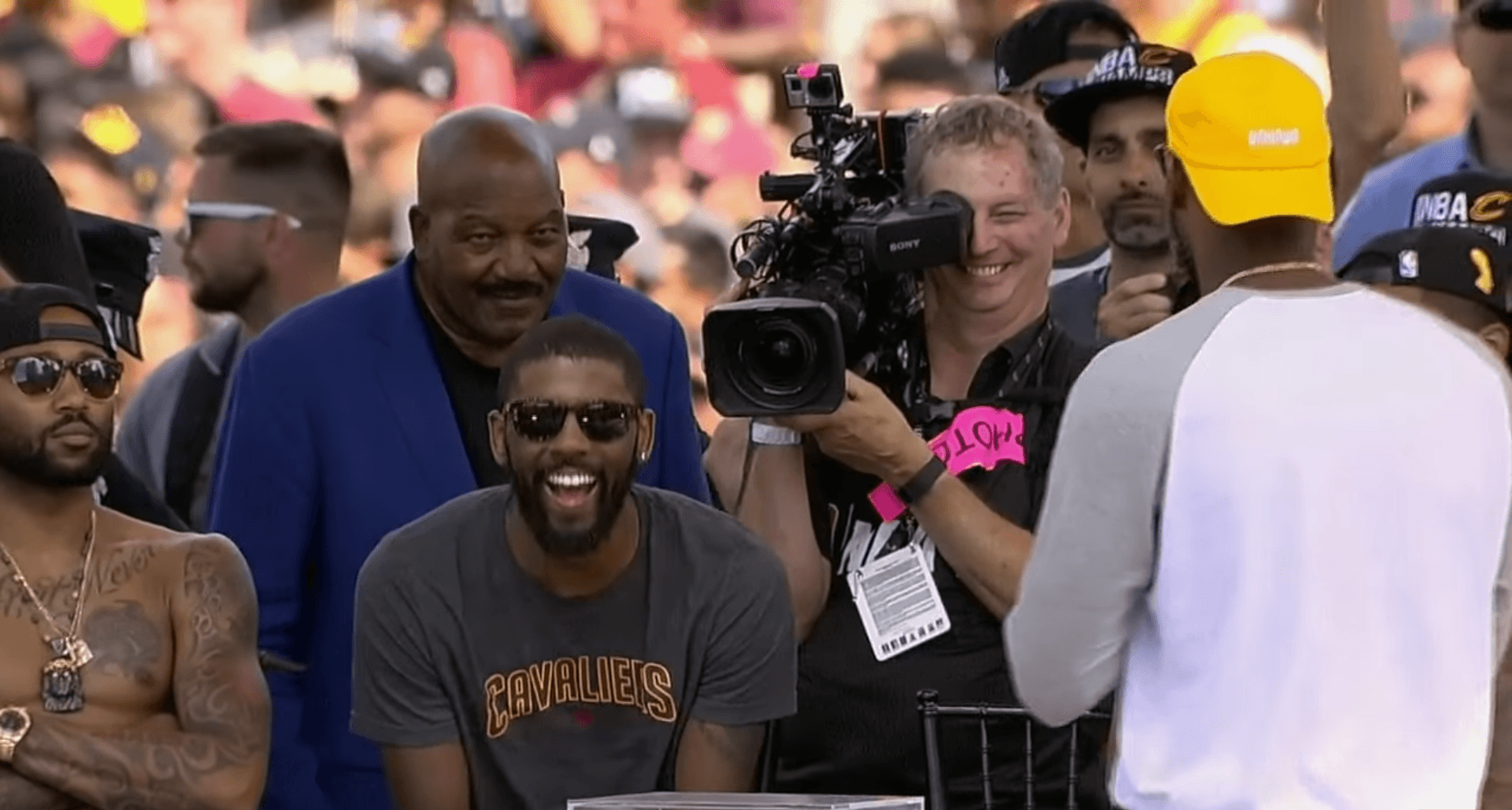 Kyrie Irving did it all for the Cavaliers on the biggest stage possible. Whether it was scoring early and getting his team going or locking down on Stephen Curry and hitting the biggest shot of the game, Irving got it done.

Irving and the Cavs celebrated their championship in yesterday’s parade, and when they got to the stage, LeBron James showered his young point guard with love.

As transcribed by Matt Goul of Cleveland.com

And to young guy, aka, Kyrie Irving, whatever you want to call him. This guy, he thought I was blowing smoke up his a– early in the season when I said he could be the best point guard in our league and also be an MVP in our league. And I know every single one of you watched that Finals. You all saw what this guy’s capable of doing. And he’s only 24. Oh, my goodness. He’s only 24. He don’t reach his prime for another three years. Thank you, Kyrie.

Kyrie Irving truly is an incredible talent, and the guy is only 24 years old.