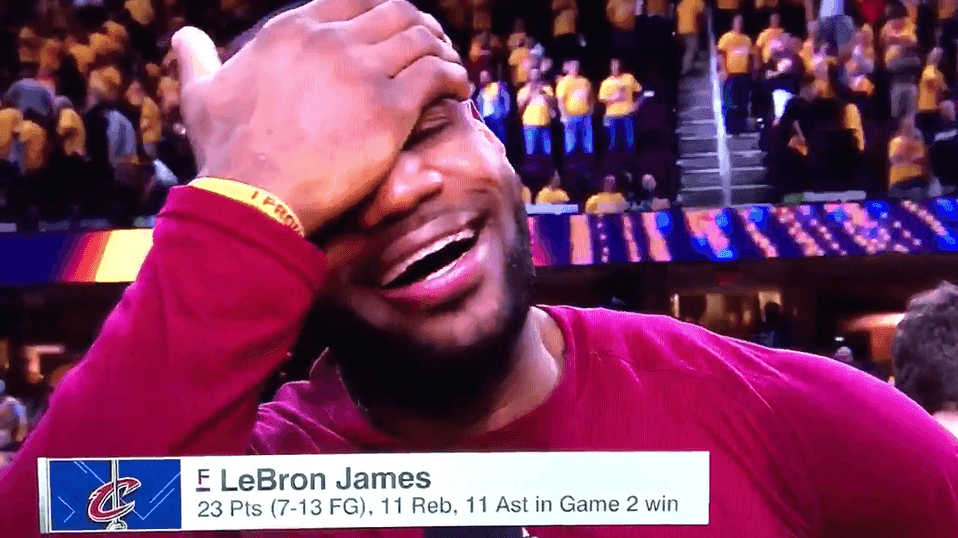 LeBron James turned in another stellar performance on Thursday night for Game 2 of the Eastern Conference Finals. He finished with 23 points, 11 rebounds, and 11 assists in 34 minutes of action. It was dominant game for the King, but one that had one major blemish when looking at the stat sheet after the game: 9/17 from the free throw line (11/21 for the series).

No, that’s not Andre Drummond or DeAndre Jordan out there shooting. It was tough to watch as LeBron simply struggled to make a free throw. Even more shocking? He started the game 5/5 from the free throw line, meaning he went the rest of the game just 4/12 at the line. James was frustrated after the game, but getting the win was all taht mattered to him and it showed as he laughed off his free throw struggles.

One thing he did promise though: to be the first guy in the gym today shooting free throws.