VIDEO: LeBron James Just Compared Himself To A Tank While Teammates Are Snipers 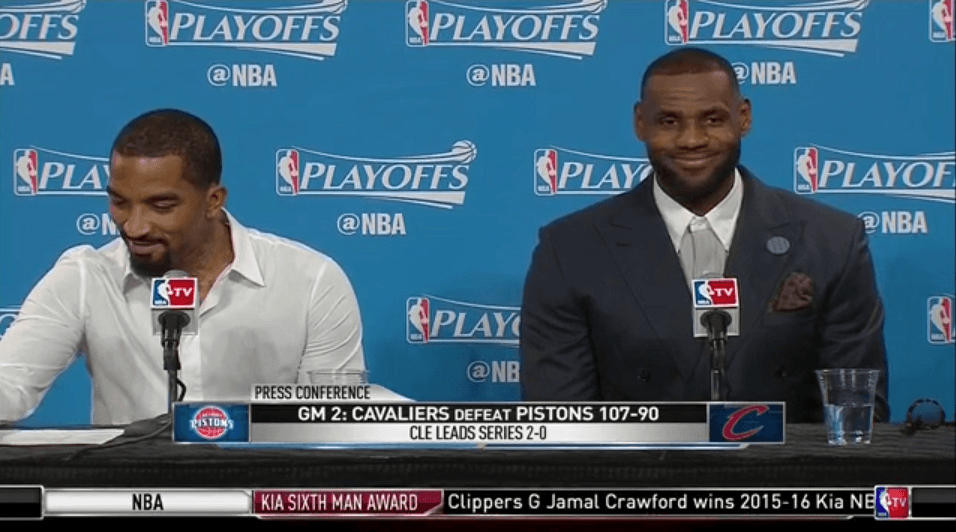 LeBron James helped his Cavs to a 2-0 lead as they head into Detroit tonight to face the toughest test so far this postseason on the road.

James knows the Cavs likely won’t shoot 20-38 from downtown again, and he admits that he doesn’t want to contribute to the constant outside shooting when Irving, Love, J.R. Smith, and Channing Frye are doing and excellent job for him while he just feeds them the ball.

After Game 2, James compared his teammates to snipers the way they’re been shooting the ball and then complimented himself by titling himself a “tank,” which technically isn’t wrong.

.@KingJames compared himself to a piece of military hardware after the @cavs' Game 2 victory. #NBAPlayoffs https://t.co/Hmatdox9Gd