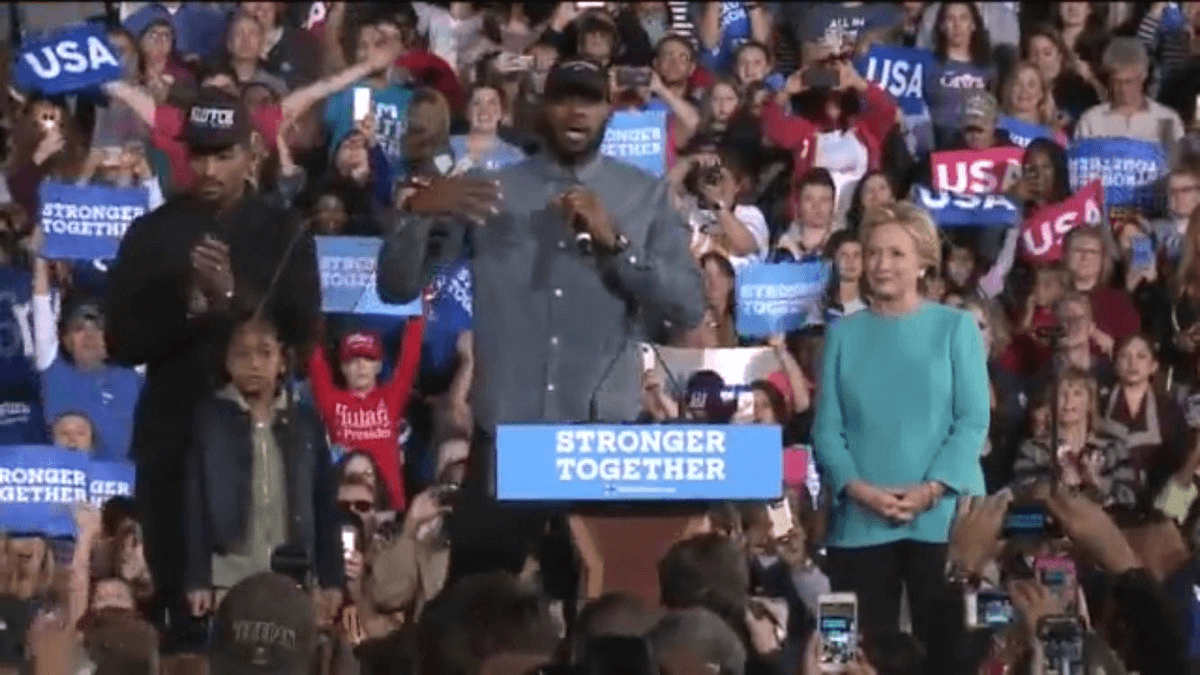 As election day grows closer and closer, the Democratic and Republican candidates for President of the United States are preparing for the most important few days of this election.

LeBron James voiced his support for Hillary Clinton months ago, and in a rally in Cleveland, introduced and once again give his support to Clinton on Sunday. With election day fast-approaching, LeBron ensured the city of Cleveland knew who he was supporting, and who he felt would be the best person to take the country forward.

Not only did James pump up the crowd, but he also brought adopted Cleveland son J.R. Smith onto the stage, sending the crowd into a frenzy. LeBron begin by saying that Clinton is the only candidate that understands the struggle that he and so many young children experience of growing up in the inner city under difficult circumstances.

He believed his charitable foundation work was in-tune with what Hillary was trying to implement to stop this struggle. Describing his work as “giving my kids an opportunity to feel like they are important”.

“And with my foundation, giving kids the notion that someone care[s] about them, that what they dream about, that someone like myself and JR and President Hillary Clinton can make their dreams become a reality is very important to me,” James said.

“I believe that this woman right here can continue that.”

The feelings were mutual, as Clinton went on to express how thrilled she was to have LeBron as part of her team.

“I can’t tell you how exciting it is for me to have LeBron and J.R. as part of the team that is going to take us to the White House,” she said.

https://www.theguardian.com/us-news/2016/nov/06/hillary-clinton-campaign-voter-turnout-swing-states
The election is less than 48 hours away, and James knows how important it is for young adults to make their vote count in continuing to push the country in the right direction.

“We have to get out and make sure we vote”.

Here is LeBron introducing Hillary: "We have to get out and make sure we vote" pic.twitter.com/LUuSuKRdlx

Clinton’s campaign can only benefit from having such an influential personality such as LeBron on her side, and they can only hope the city of Cleveland, as well as the state of Ohio, feel the same way the king does. 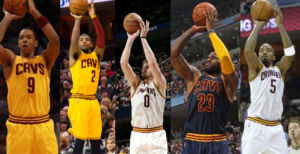 JUST IN: Cavs lead the league in three-pointers made per game through six games
Related TopicsJ.R. SmithLeBron James