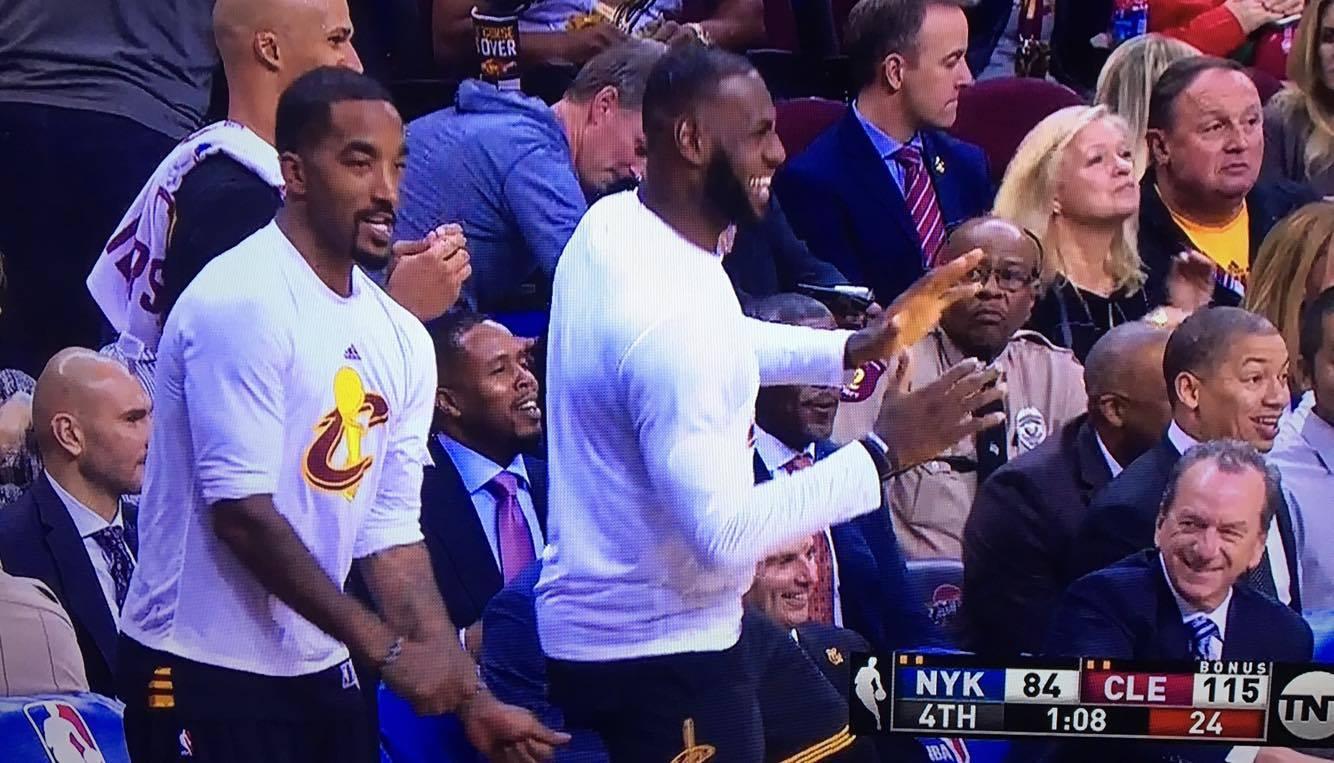 The Cleveland Cavaliers walloped the New York Knicks on opening night 117-88, and it capped off by some sweet moves by Mike Dunleavy.

Dunleavy showed his array of moves after mixing a beautiful eurostep move with a nice floater late in the fourth quarter, capturing the attention of the Cavs bench. After the made basket, Dunleavy looked towards the Cavs bench to say something like, “You guys like that?”