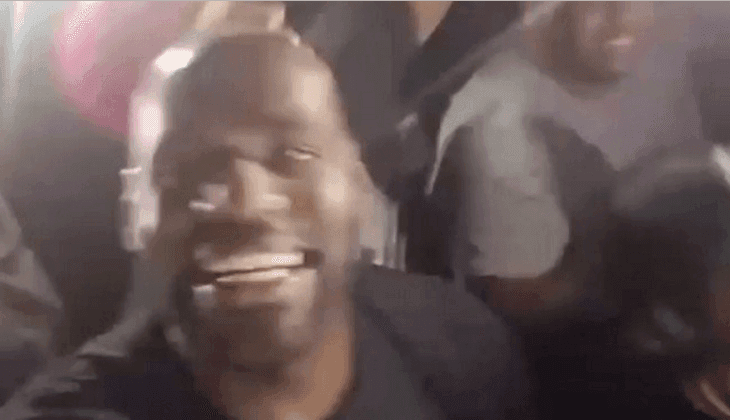 LeBron James and his Cleveland Cavaliers teammates partied at The Q last night, but not because they were celebrating anything Cavs-related.

The guys were simply enjoying Kanye West’s “Saint Pablo” tour in Cleveland. Everyone was there as they went all out to the command of the beats.

James, Tristan Thompson, Richard Jefferson, Dahntay Jones, and even J.R. Smith were present in what appears to be a night of epic proportions.

LeBron James & the #Cavs were mobbin’ with the other Kanye West fans at the #SaintPabloTour stop in Cleveland
@KingJames loves it! pic.twitter.com/X7PrVpIMOp

Just hanging out with some friends at the #saintpablotour@cavs@KingJames@TheRealJRSmith@RealTristan13@kanyewest#cavspic.twitter.com/ZW1OvY6hfN