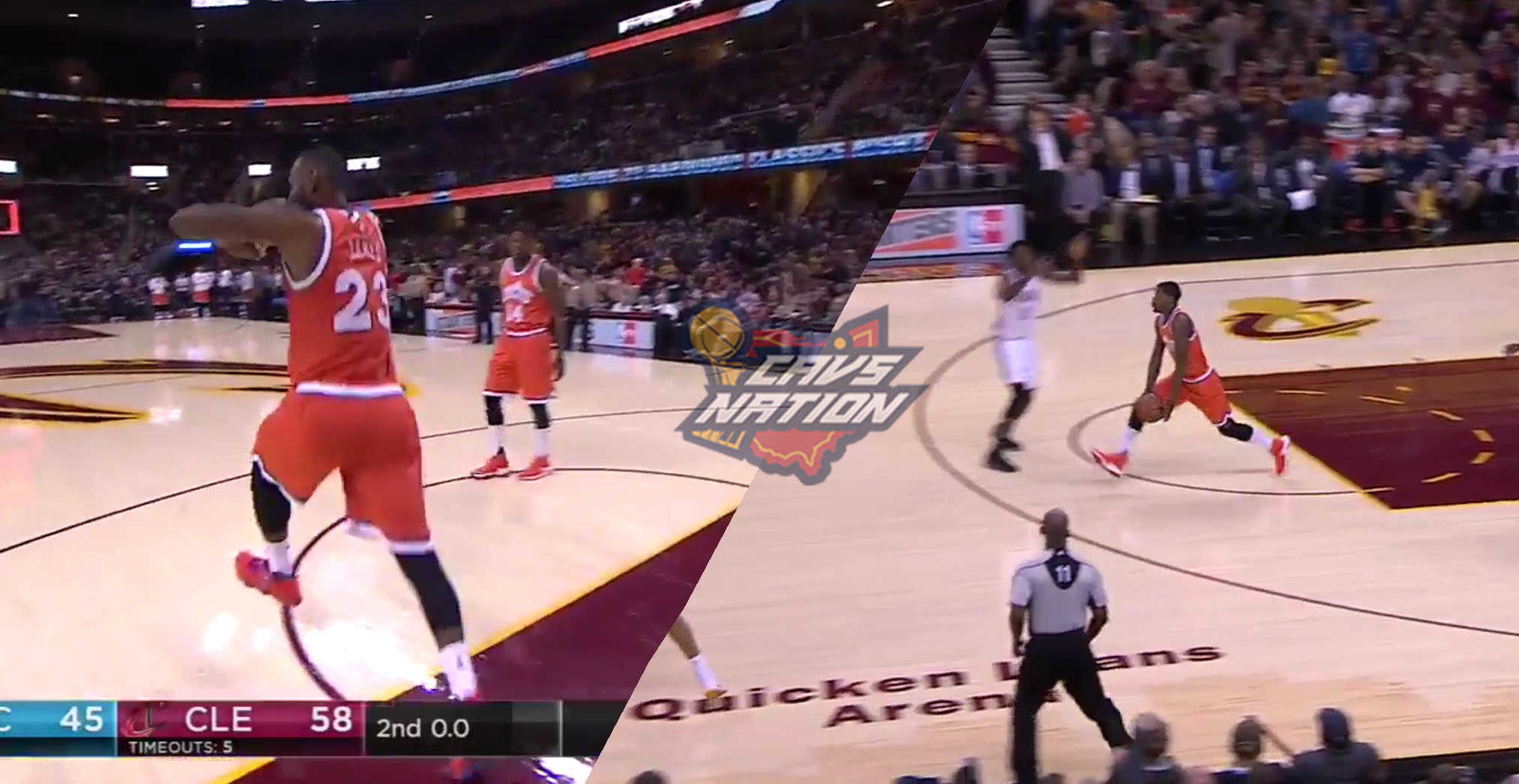 Throughout his career, and especially on social media, fans and players have poked fun at some of LeBron James’ travels, both the called and uncalled ones. But on Sunday afternoon when the Cleveland Cavaliers took on the Oklahoma City Thunder, James poked a little fun at one of his teammates’ very obvious travels.

Tristan Thompson blocked Russell Westbrook’s shot at the rim, and DeAndre Liggins grabbed the rebound with under three seconds remaining in the first half. Liggins was about to attempt a shot from 3/4’s court, but opted to take an extra step when a defender stepped in his way to contest the shot.

The referees caught and whistled Liggins for the travel, and LeBron James had his fun impersonating Liggin’s obscene travel.

James probably isn’t the best player to impersonate Liggins, but it was pretty funny to watch the team have a laugh in the middle of a game. 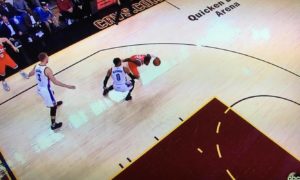