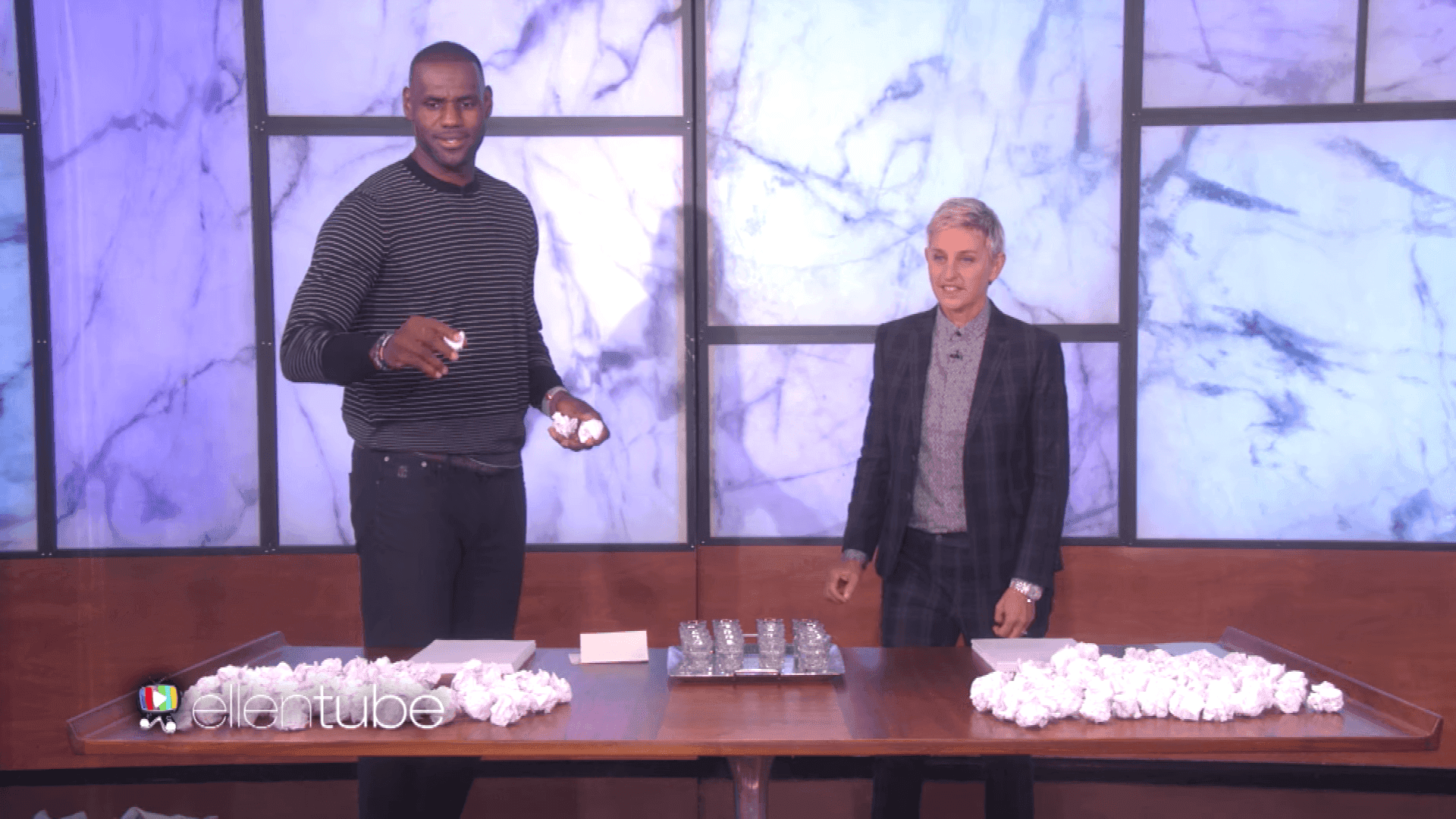 On Wednesday, LeBron James appeared on the Ellen Degeneres Show, where he talked about Stephen Curry and the epic NBA Finals he and his Cavaliers just endured to end Cleveland’s championship drought.

In addition to that, Ellen had James participate in a new game called the Wastebasket Challenge. Both sides shoot a ball of paper into a moving wastebasket, but it’s not that easy. When James misses a shot, Ellen would have to drink a shot of vodka. When she makes a shot, LeBron had to take a shot.