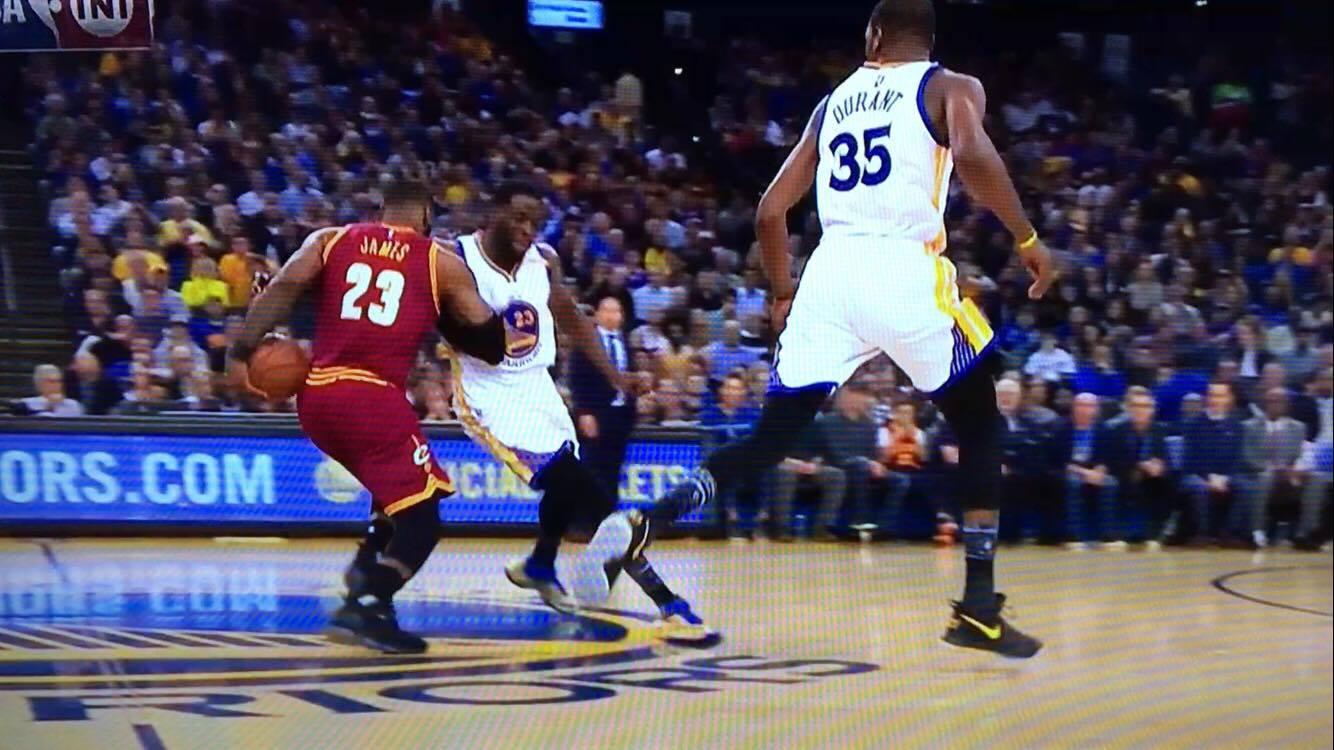 If you thought the Cavaliers and Warriors needed any more fuel to the already great rivalry, this may have taken it to another level. LeBron James ignites the fast break, but Draymond Green decides to stop the fastbreak with a nasty shoulder takedown at James. The foul was ruled a flagrant 1, but the Warriors are in full control and lead 78-49 at the half.

Replays of LeBron being taken down by Draymond #CavsNationpic.twitter.com/VP5RDRRYCB

Draymond Green appears to mock LeBron James after the play.

Draymond Green hits LeBron James hard with a flagrant. Draymond thinks it's a flop. Richard Jefferson gets in his FACE! #CavsWarriorspic.twitter.com/RuZWrxU43S