VIDEO: LeBron James Gets Heckled By Fans, But Shuts Them Down With Priceless Response 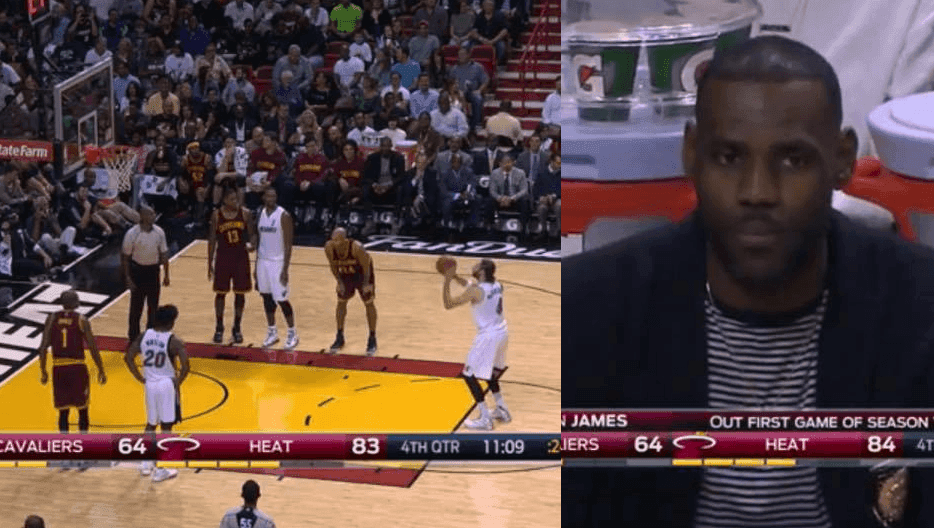 LeBron James sat out Saturday night’s game against the Miami Heat to rest after playing 45 minutes in an overtime matchup the night before that saw him score 23 points in the fourth to bring his team back from 13 down. The decision to sit James on the second of a back to back on a night when he faces the team he won two NBA Championships with came from head coach David Blatt himself, not James, according to Dave McMenamin, who reported it first via ESPN.

“We’re going to hold LeBron out this evening,” Cavaliers coach David Blatt said before the game. “It was a tough game [Friday] night — [45] minutes, very short turnaround … Just thinking long term here, being conscious of taking care of him and taking care of the team going forward.”

“It was something that certainly was on my mind because I know that this is a special place for Bron, and the people here want to see him and I totally understand that,” Blatt said. “I understand that aspect of it, but under the circumstances, I got to think about him first and about the team going forward.”

With James resting, the Heat blew the Cavs out as no Cavalier was able to get it going. Richard Jefferson led the team with 16 points but shot just 6-18 in the game. At the 11:09 mark of the fourth quarter, Miami’s Josh McRoberts was shooting a pair of free throws. During those shots, the fans at American Airlines Arena showed their classless side, chanting, “LeBron Is Tired!”

James could obviously hear, and he didn’t really react to it. That is, until he responded with a gesture that went viral immediately.

James was probably thinking, “What the heck are these fans doing? This is how they treat me after I helped bring two rings to Miami?” It was a funny sight to see, as James is easily one of the top five players in Miami Heat History after bringing back to back titles and four consecutive Finals appearances to South Florida. 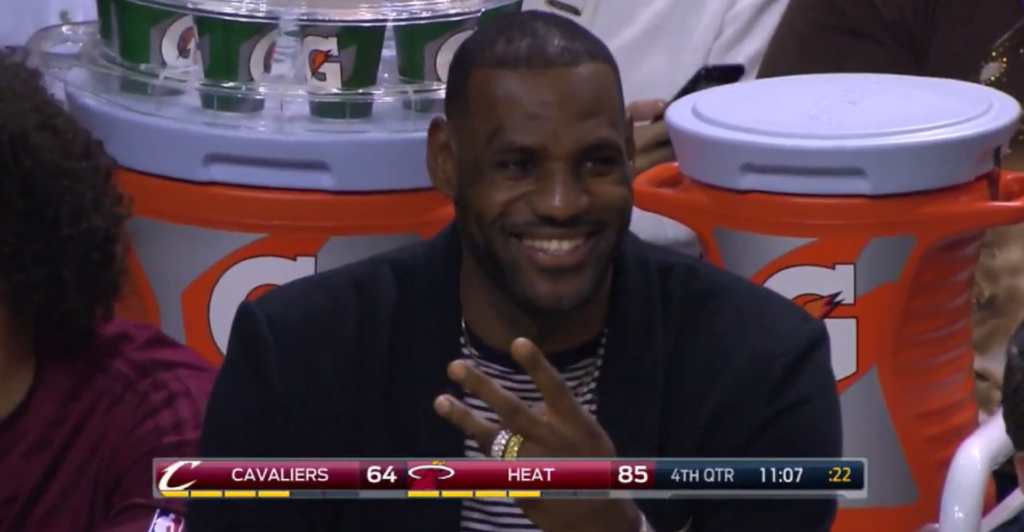 James seems to have learned that trick with the fans from a Laker legend who faced the same incident just last year.