VIDEO: LeBron James Explains The Difference Between Miami And Cleveland’s Pressure To Win 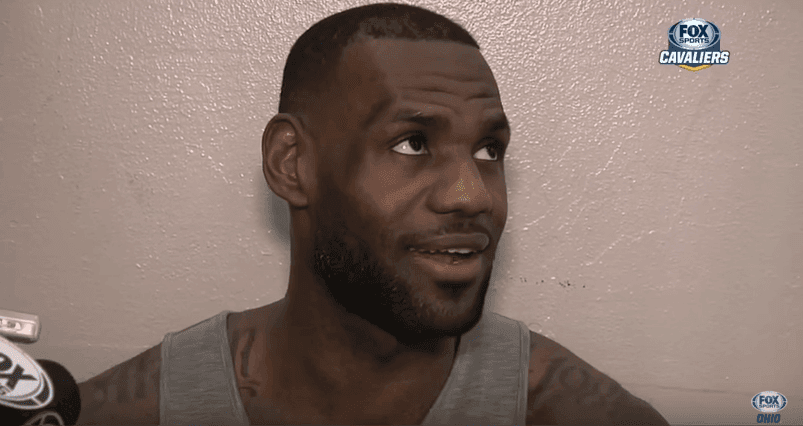 When the former Miami Heat Big Three was formed in 2010, the team was met with heavy expectations. It wasn’t just because of the lineup, but also the manner in which the unit was assembled. LeBron James took most of the heat, no pun intended, making him play the villain role for the first time in his career.

On paper alone, the trio of James, Dwyane Wade, and Chris Bosh warranted at least one title. That’s why from each of their shoulders, a heavy weight was removed when they won a ring in their second season together. But that doesn’t end end as they took home back-to-back trophies to define the Big Three period.

RELATED: Are The Cavs Only Trying To Get Past The Regular Season Before Turning It On?

Meanwhile, James’ Cleveland homecoming did not come with the same lofty expectations as Miami experienced. He returned as a wiser individual and anticipated what was coming to the Cavaliers’ front. James knew about the potential media frenzy, being placed under the microscope, and, again, the burden of leading the Cavaliers to their first championship in team history.

Given the benefit of his South Beach experience, LeBron James weathered a bit of the storm right at the very moment he announced his decision to the delight of the entire state of Ohio. In his homecoming letter, the two-time NBA champion was quick to mention that it will take time before the team reaches its potential. Thus, putting the expectations to a more fair level.

In a recent interview for FOX Sports Ohio, James compared the pressure of winning in Miami to that of Cleveland.

Interestingly, James used the term “conflict” as being a key ingredient in the success of his Heat teams. This kind of necessary conflict is what’s lacking in Cleveland, but that’s not going to come from him. However, he can still influence things in order for the Cavs to gain that edge.

After earning tons of praises for their effort in the last playoffs and finals, the Cavaliers now see themselves not having progressed much as they continue to search for consistency in their play. There is a different kind of pressure on the back of the Cavs players, especially on LeBron James, but it should be nothing that they cannot handle.