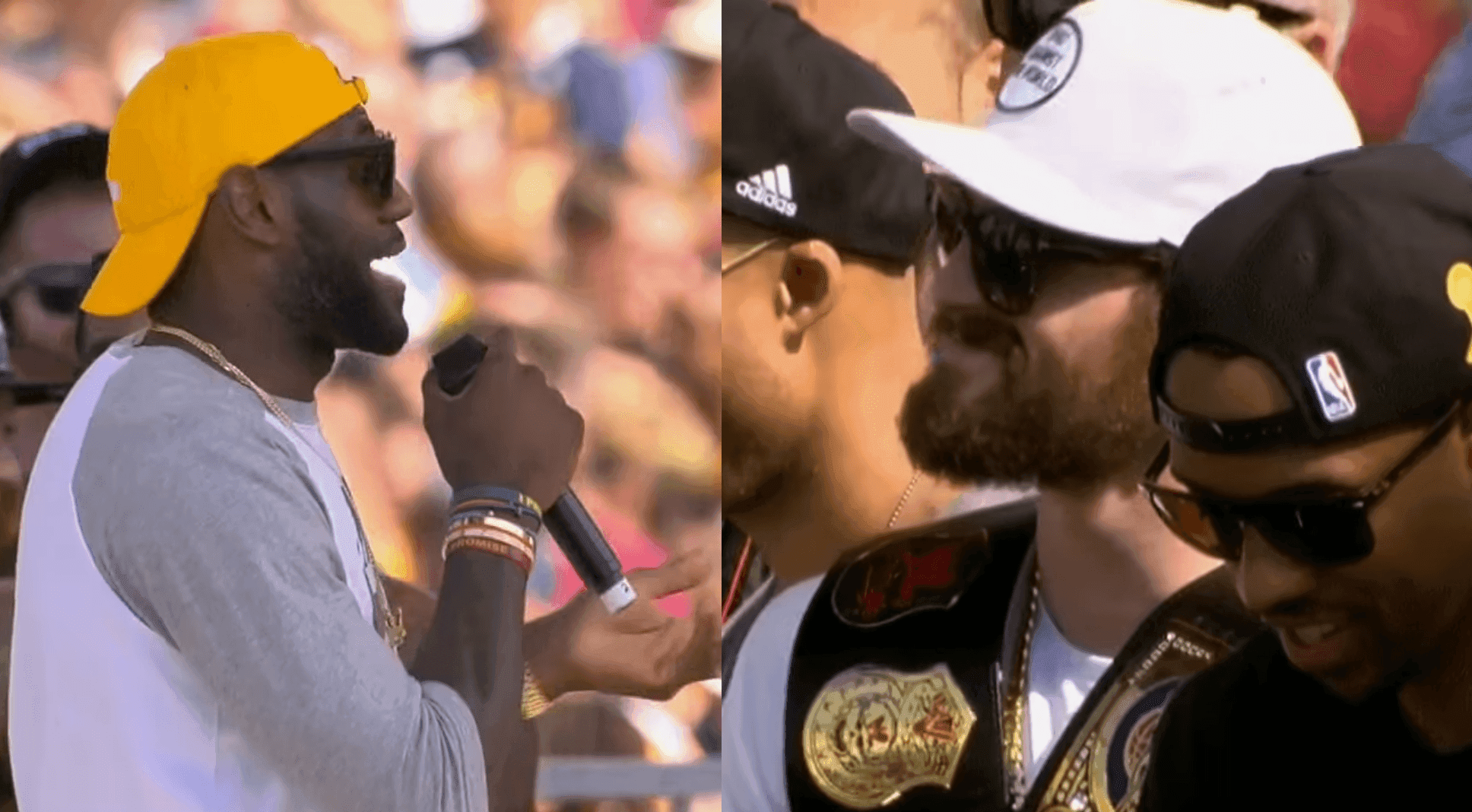 The two-time MVP in Stephen Curry was shut down in Game 7 of the NBA Finals, scoring just 17 points on 6-19 shooting from the field, including 4-14 from downtown.

On a key possession of the game, Kevin Love shut Curry down by staying in front of him and not letting him get off a clean look. It was an exceptional play by someone who everyone criticized for being an underwhelming defender. Forcing Curry into a tough shot allowed the Cavs to put the finishing touches at the free throw line.

During Wednesday’s championship parade, James reminded the world about the special play which helped secure the victory.