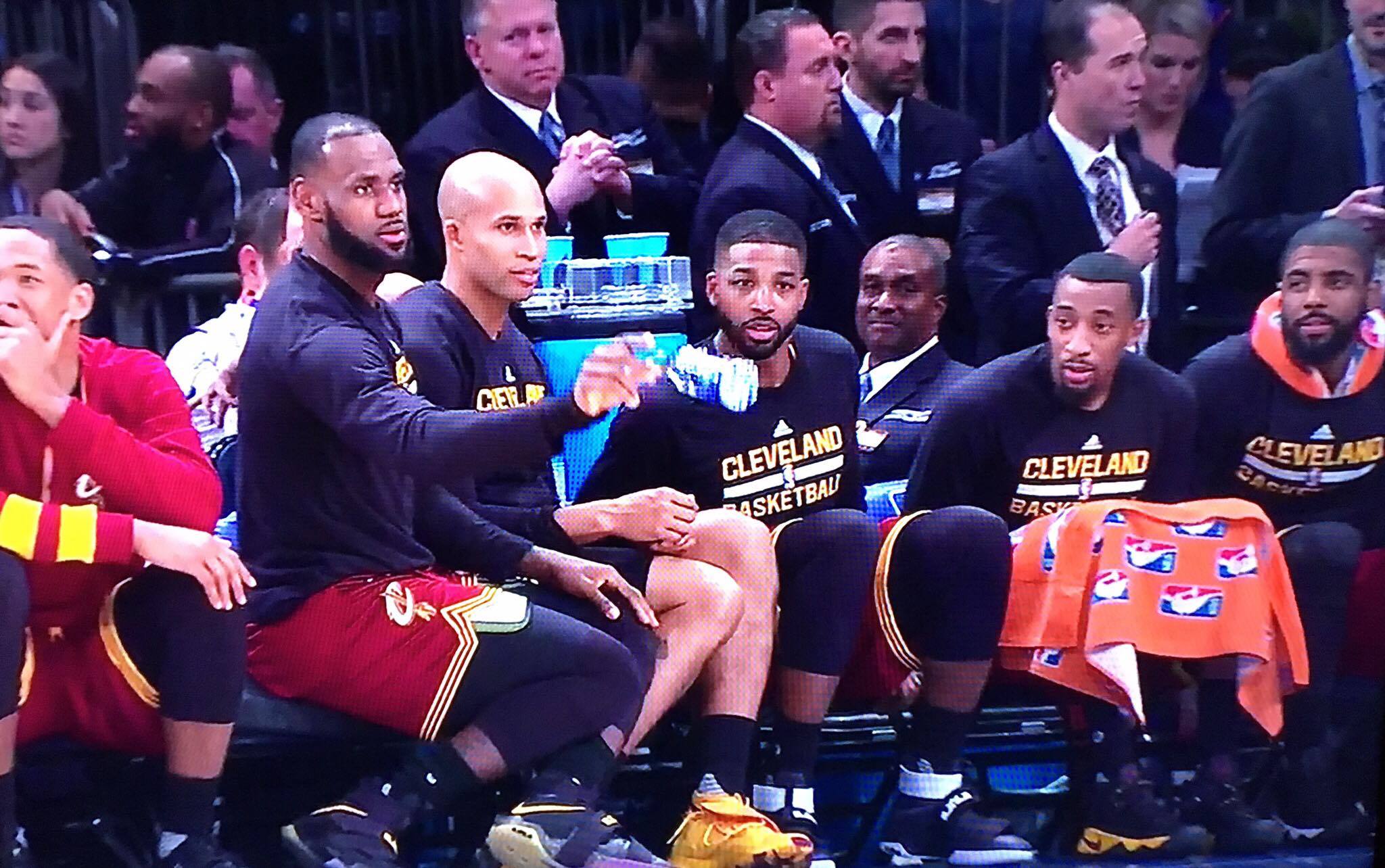 LeBron, Kyrie, and the Cavs doing the water bottle challenge on the sideline pic.twitter.com/EzVniHMnph 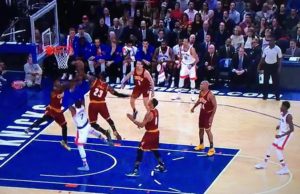