Video: LeBron James, Cavs enjoy themselves at the Indians game 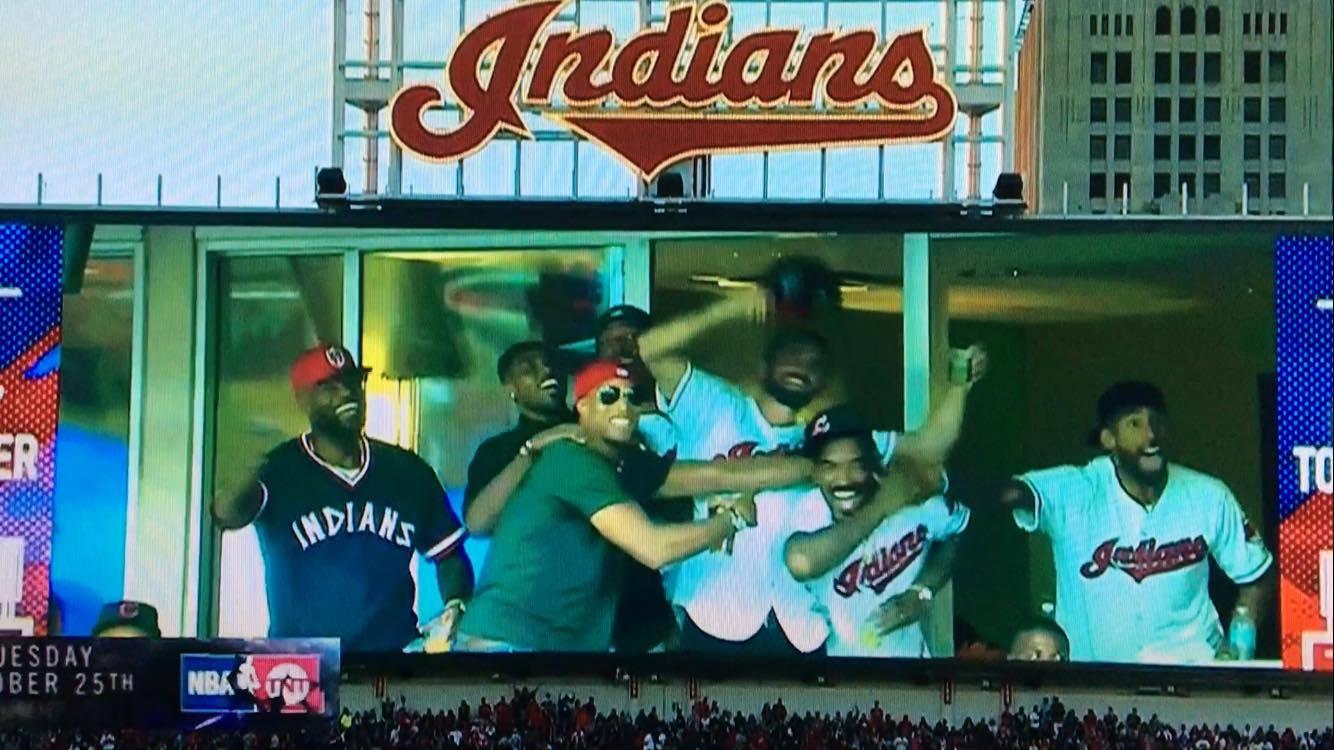 The Cleveland Indians and Boston Red Sox played Game 2 of the ALDS earlier tonight, and the Tribe brought home the 6-0 victory with many members of the Cleveland Cavaliers present.

LeBron James, J.R. Smith, Channing Frye, Richard Jefferson, Dahntay Jones, Tristan Thompson, and Kevin Love were all in attendance today as the Indians took a 2-0 series lead. As the Indians kept increasing their lead, the Cavs players kept on celebrating and were shown on camera multiple times.

Lebron and the Cavs enjoy themselves at the Game 2 of the Indians-Red Sox series. pic.twitter.com/XQsF3hzTXE