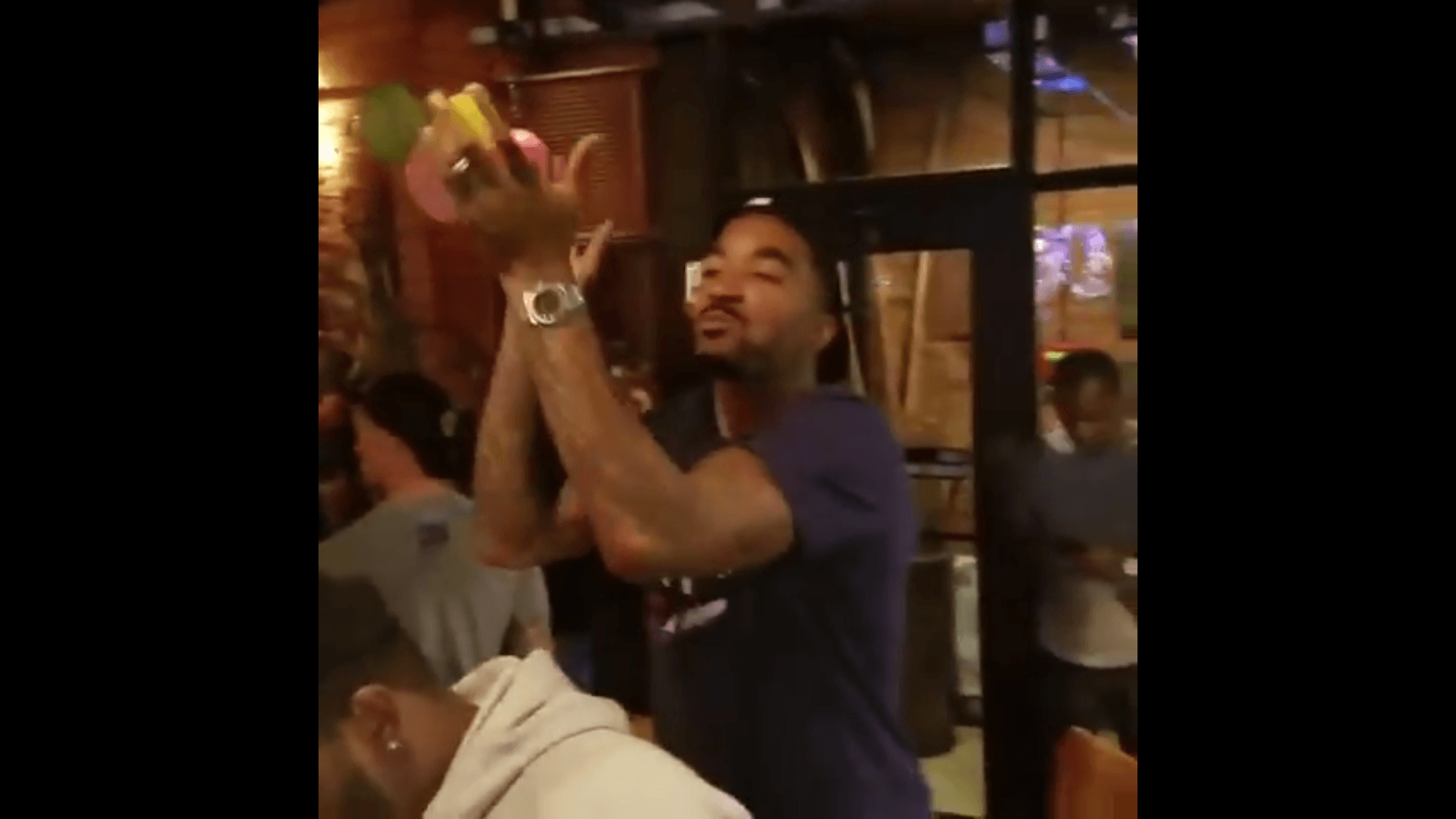 The Cleveland Cavaliers gathered at TownHall bar in Cleveland, and celebrated as the Indians won their fourth and final game in the ALCS, securing their spot in the World Series starting October 25th.