Video: LeBron arrives to L.A. Rams game as fans chant at him 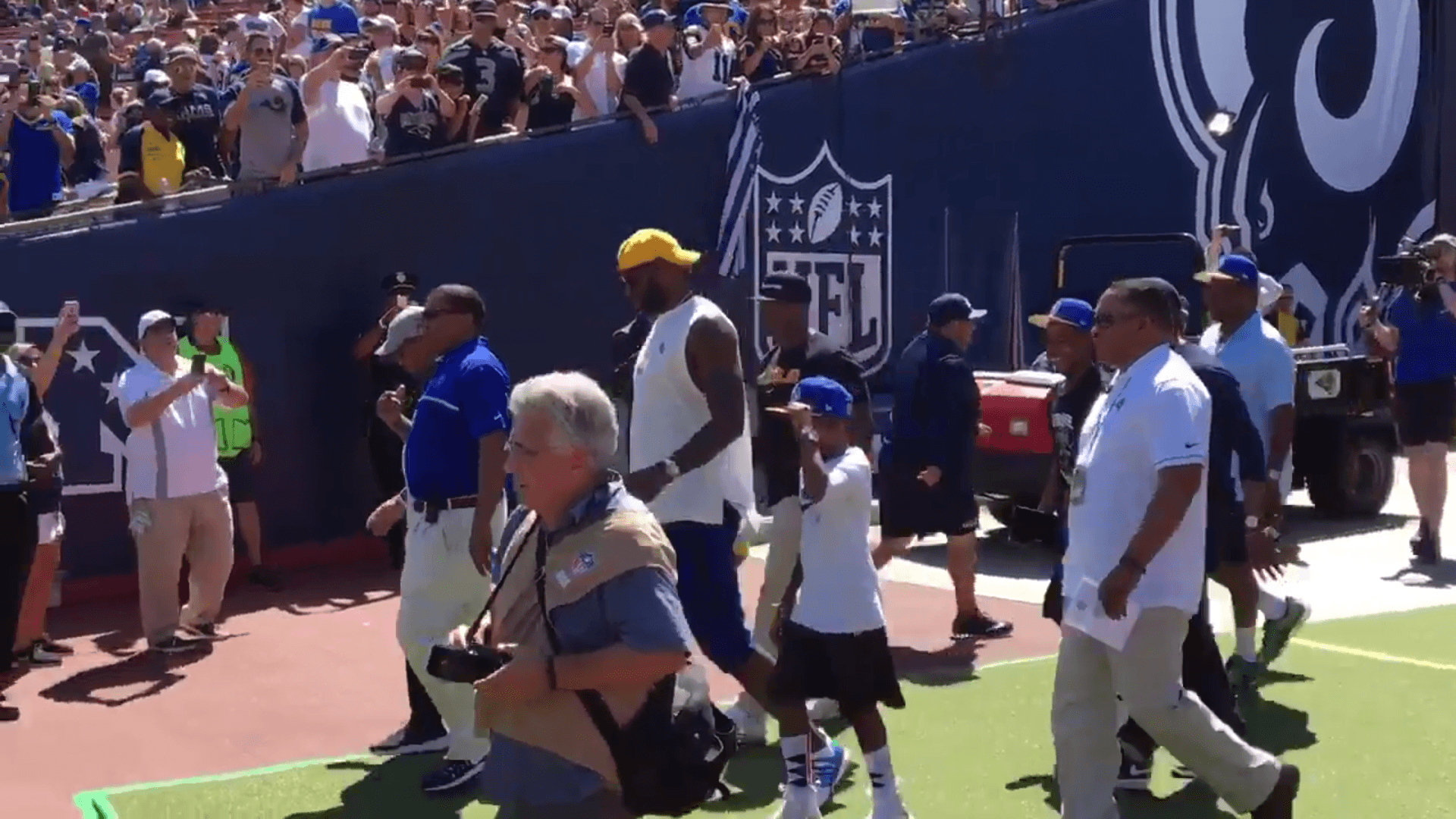 LeBron James has been working out and enjoying his summer in Los Angeles before he and the Cavs players make their way back to Cleveland for the start of training camp and the 2016-17 season. James is an avid fan of the NFL and football in general, and you’ll often see him tweet about some plays and games.

With James currently being in Los Angeles as the L.A. Rams had their home opener against the Seattle Seahawks, you knew LeBron just had to make an appearance. The L.A. fans, however, saw it as a chance to try and troll him by shouting “Kobe, Kobe, Kobe” as he walked onto the field.

Don’t get your hopes up L.A. fans, LeBron’s not leaving Cleveland.