VIDEO: Larry Nance’s Son, Larry Jr., Shows He Gets Up Like His Father 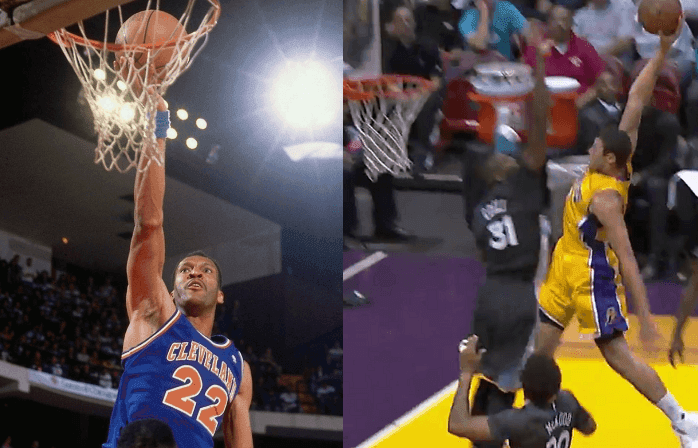 Larry Nance played seven seasons with the Cleveland Cavaliers and averaged 16.8 points, 8.2 rebounds, 2.6 assists, and 2.5 blocks per game in 34.6 minutes per game.

Nance’s son, Larry Jr. plays for the Los Angeles Lakers after being drafted in the first round of the 2015 NBA Draft. It hasn’t taken long for him to show that he belongs.

In last night’s game against the Golden State Warriors, Nance drove, elevated, and threw the hammer down on the defending Festus Ezili.