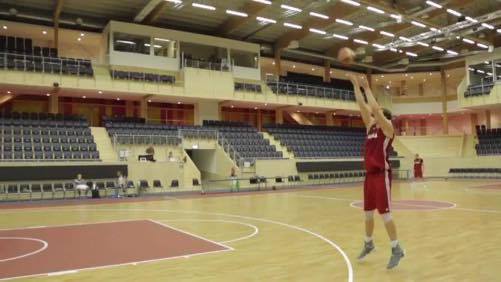 Timofey Mozgov had a good one-and-a-half year run with the Cavs since last season, but winning a championship along with getting paid were ultimate goals for Mozzy.

Mozgov won a title with the Cavs last year and now he’s with the Los Angeles Lakers on a lucrative 4-year, $64 million deal. He’s been playing with the Russian Basketball Federation this offseason, and apparently, he’s been working on his three-point shot.