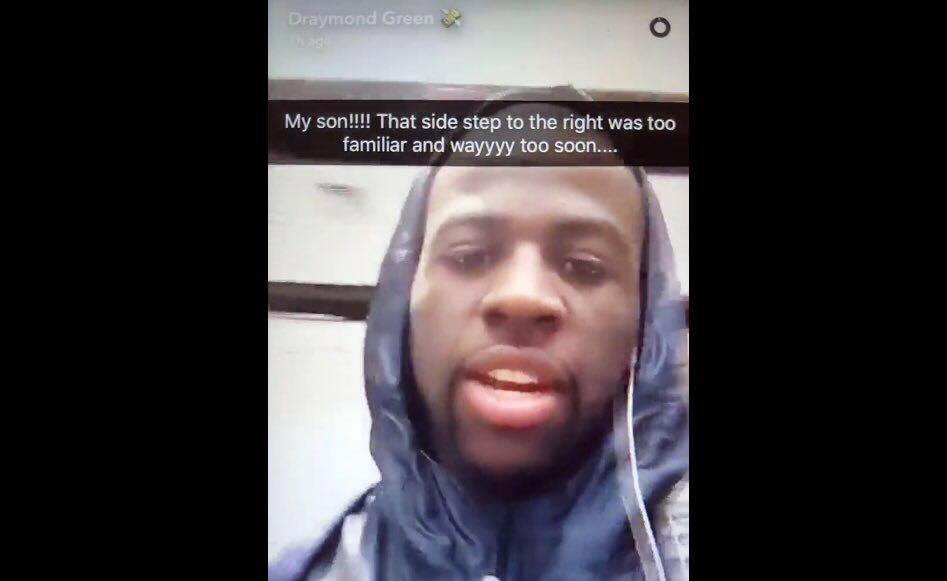 Draymond Green, Klay Thompson, and Harrison Barnes thought they were going through some deja vu, but it was just another day at the office for Kyrie Irving.

With Team USA facing a tough and feisty Australian team, Kyrie Irving does what he does best: take over fourth quarters and knock down daggers. Irving had 12 of his 19 points in the fourth quarter, helping the U.S. take the game over late. He hit this dagger three-pointer after the Australians began to make a minor comeback.

Here's the comparison to The Shot from Game 7 of the NBA Finals. Very similar:

Draymond Green took to Snapchat to talk about the shot he says was too soon by Irving, referencing the shot Irving made over his Warriors less than two months ago to help Cleveland win an NBA title.

Kyrie Irving brought back some horrific memories back for Draymond Green with that side-step 3 #TeamUSA #CavsNation pic.twitter.com/0WA1iFDFkf