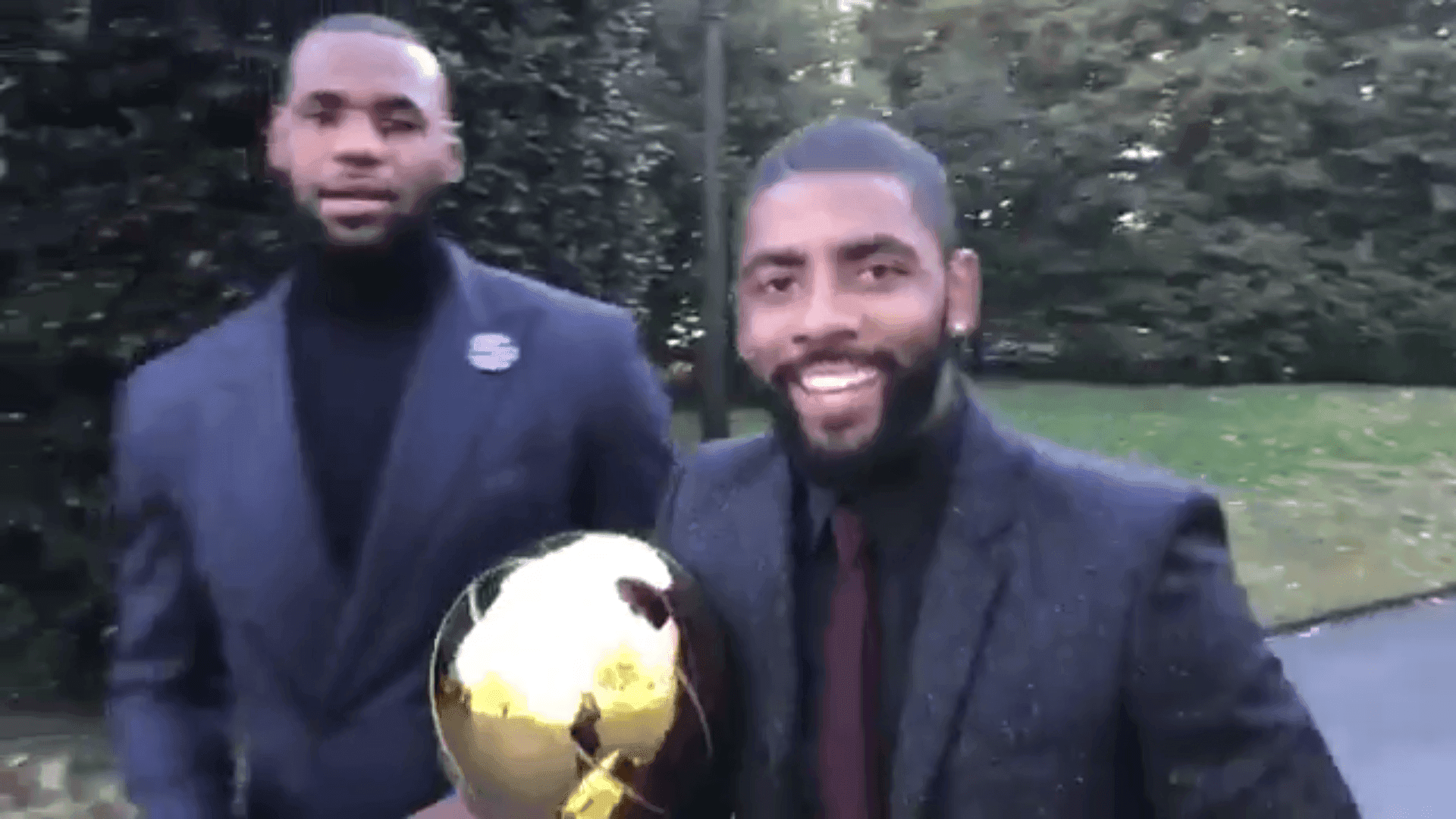 LeBron James, Kyrie Irving, and the Cleveland Cavaliers visited the White House earlier today to celebrate their 2016 NBA Championship with President Barack Obama. The players and the team pushed for a White House visit before Obama left office, and with Donald Trump being elected President, they’re sure glad their request came to fruition.

James spoke about the visit in a video that was posted on the NBA’s social media accounts and discussed the importance of meeting the current President and First Lady. This is James’ third time at the White House, but for the younger players like Irving and Kevin Love, it was their first time. Irving was clearly excited and even videobombed LeBron’s video like a kid very excited for the visit.