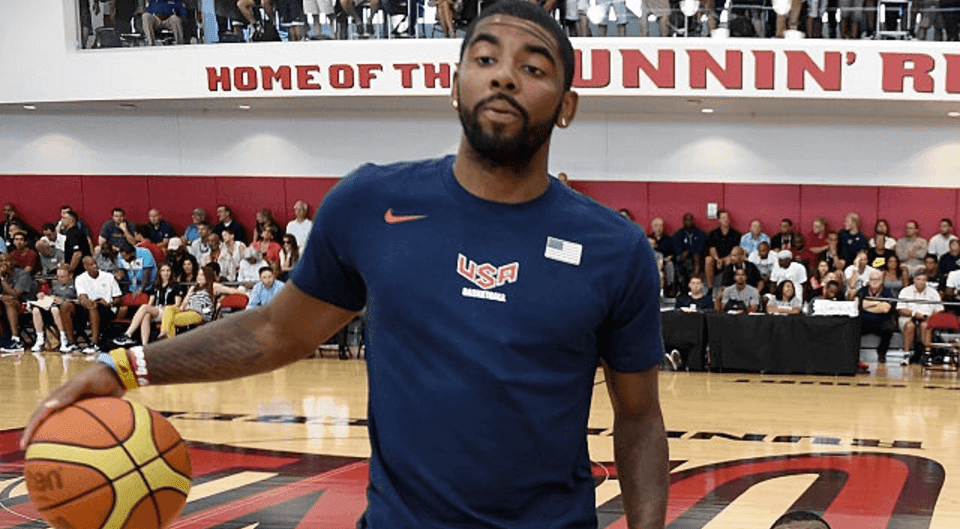 Kyrie Irving defenders his man tight, but takes a tough knee to his thigh while trying to fight over a screen. The screener was called for a moving screen for sticking his knee out and moving into Irving.

Cavs fans can rest easy knowing he was good to go after walking it off, as he made a tough layup in the lane as well as a three-pointer. Fans know that Irving is injury prone, and we’re hoping he can dominate for Team USA while staying healthy for the Cavs attempt to defend their NBA title.