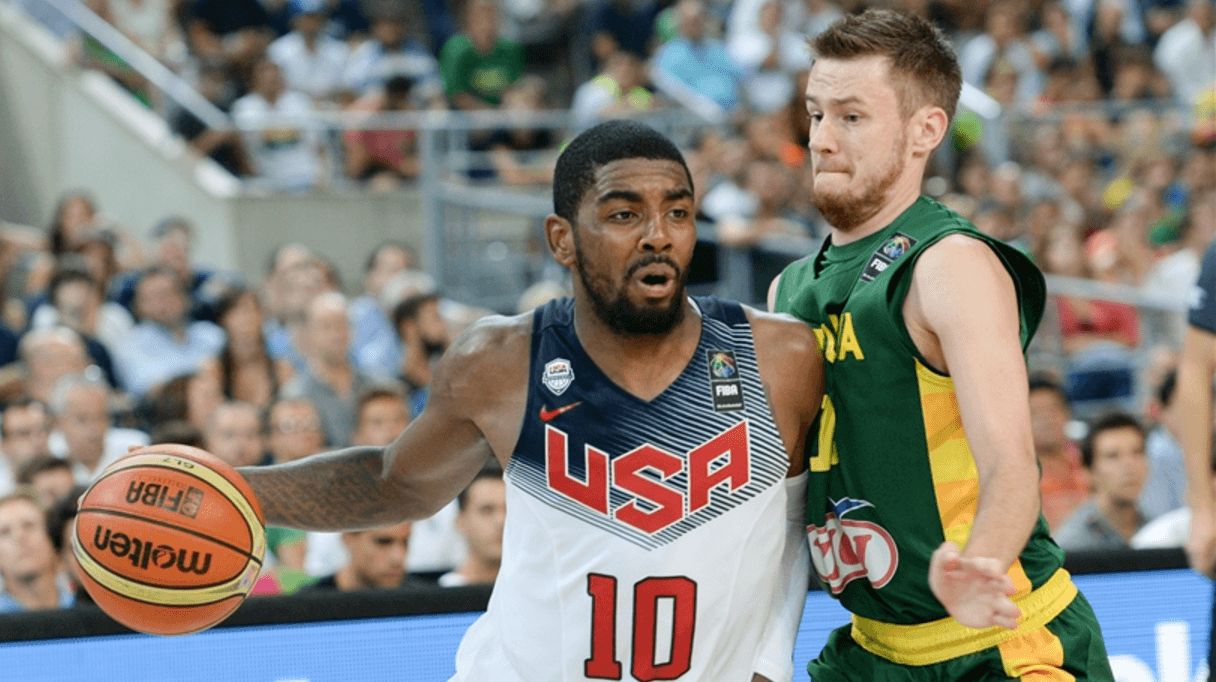 Kyrie Irving was in top shape coming into tonight’s game against the Venezuelan National Team, and it showed. In what was an absolutely abysmal shooting night for the United States, Irving led the team with 13 points on 4-7 from the field and 1-2 from the three-point land.

In one play, Irving crossed between his defenders, and then finished an acrobatic layup attempt after getting foul. 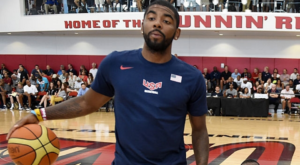 JUST IN: Video: Kyrie Irving takes a knee while fighting over a screen, but continues game.
Related TopicsCavaliersKyrie IrvingOlympicsTeam USA