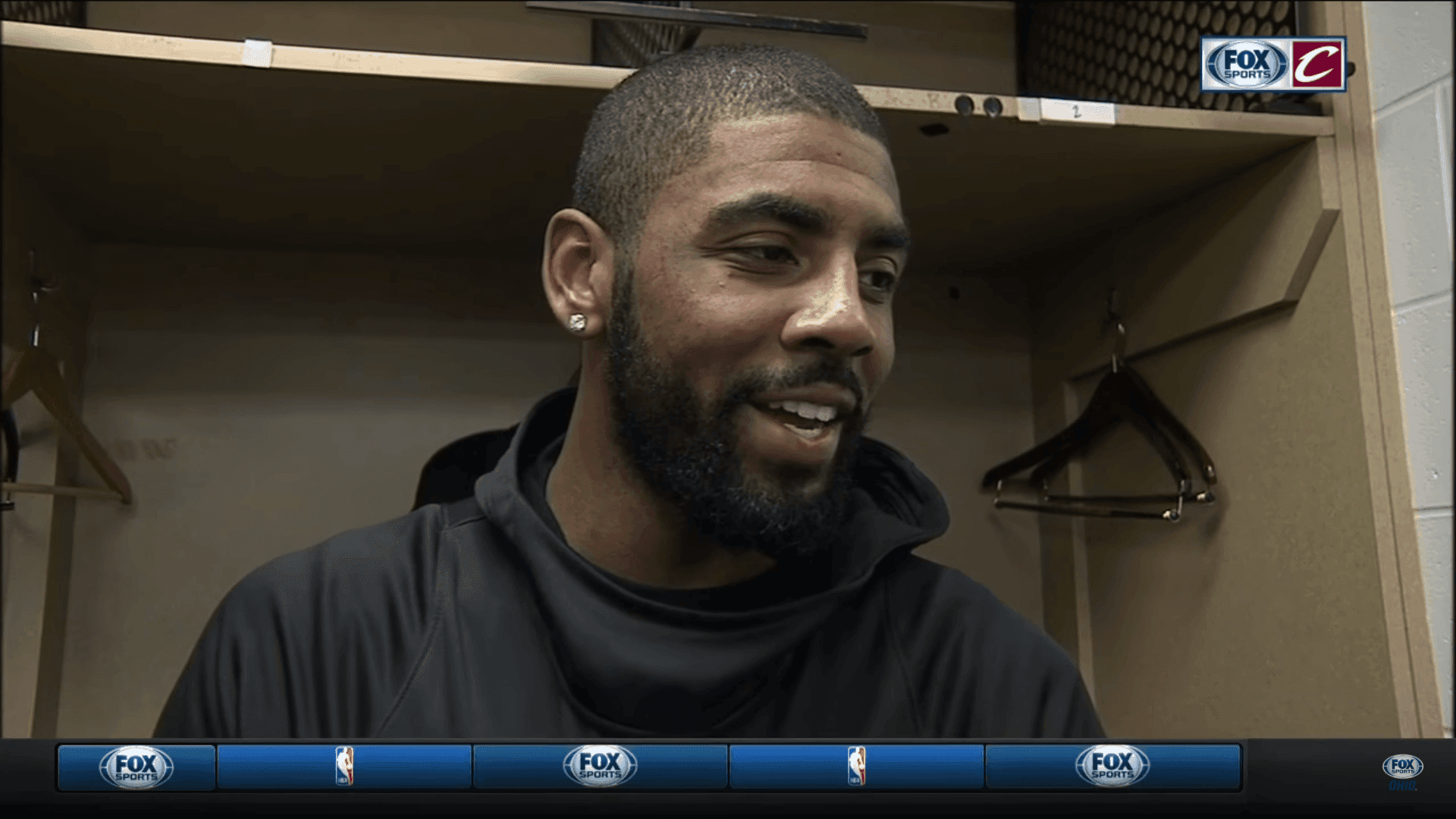 Defeat can often be learned from. And that’s just how Kyrie Irving is viewing Cleveland’s short-handed 103-93 loss to the Indiana Pacers on Wednesday night inside Bankers Life Fieldhouse.

The Cavs came into Indianapolis riding their best start in forty years, including a 9-1 record through the first ten games of this year’s season.

Cavs Head Coach Tyronn Lue and his coaching staff made the call to rest LeBron James on Wednesday night – a move that may have seemed shocking to some, but expected by others. It was the second night of a back-to-back set for the NBA’s defending champions (121-117 win over Toronto on Tuesday night).

Furthermore, for the third game in a row, Cleveland was without J.R. Smith due to ankle soreness, one of their best marksman from beyond the three-point line.

In a post-loss locker room, Irving spoke to members of the media with regards to Cleveland’s set-back, saying:

“We just gotta make the plays happen. I think coming out, we had some good looks. In the first quarter, we kind of put ourselves in a hole that we had to fight out of. You know, especially ending the quarter 30 to 19. We just gotta be better, that’s all.

We came out with an aggressive mindset. There were a few plays that T. Lue called where we got some amazing looks – we just gotta knock em’ down. When you’re trying to run uphill or get back into the game, you know…

I think we cut it to within four in the third quarter. And there were a couple of big shots (missed). Whether or not they went in, they got the rebound, they got out in transition, and we had to call another timeout. So, just a learning experience; things that we can correct going forward.”

Despite a tough loss at the hands of a divisional foe, a lot of Cleveland’s bench logged quality minutes in the absence of James and Smith. Kay Felder and Jordan McRae both finished with nine points on the night. DeAndre Liggins made a strong defensive contribution, en route to four points and two steals.

For the most part, Cleveland’s reserves played well. But simply put, it’s going to be tough for a team to win on the road without two of their best players; especially if one goes by the name of LeBron James.