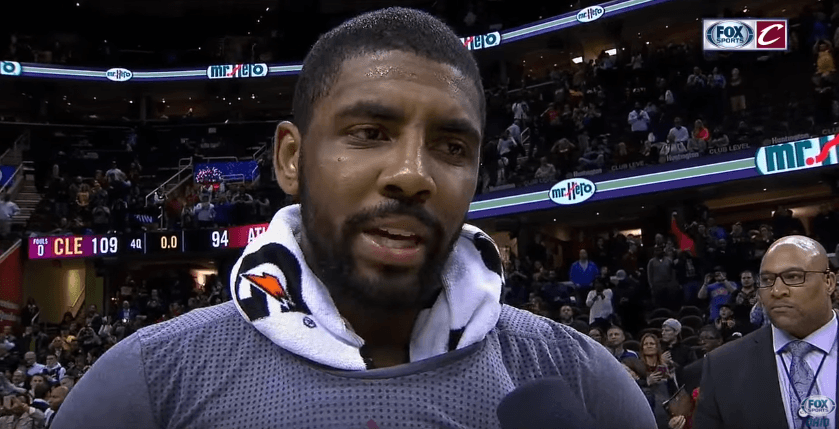 When the Cleveland Cavaliers visited the Chicago Bulls on Saturday night, they bore along with them the weight of all the hype and expectations that came with having the opportunity to once again end their division rival’s season.

The Cavs started hot but as everyone have witnessed in multiple occasions, the defending East champions failed to sustain their momentum. At the point, Kyrie Irving was once again a picture of disappointment. It was supposed to be a great opportunity for him going up against another elite guard, no matter how injuries have affected his game, in Derrick Rose.

But when the Cavaliers took on the playoff-bound Atlanta Hawks, Irving was a totally different player. ESPN’s Dave McMenamin tweeted the text exchange between Irving and LeBron James prior to the game which was revealed in the All Star point guard’s interview with FOX Sports Ohio’s Allie Clifton.

Kyrie told @FSOAllieOop he texted LeBron post CHI loss to tell him he needed to be better. LeBron's response: "We all need to be better"

Calling it a bounce back game is probably an understatement. After playing 38 minutes and only registering 11 points on 5-of-17 shooting in Chicago, Irving reminded everyone that he is still one of the best guards in the league back home in Cleveland when he notched 35 points, four rebounds, four assists, and two steals.

It was a great regular season send off for Irving as he is expected to get a night off on their final game before the playoffs start. Hopefully, he can build off of this performance as Cleveland gets halfway through their journey towards redemption.

RELATED: Was Kyrie Irving Overconfident In Saying Cavs Are The Team To Beat? 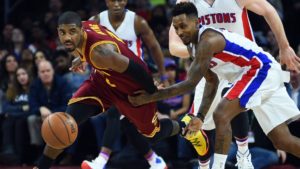 JUST IN: Young Pistons Could Get A Shot At Revenge For Their Predecessors Against Cavs
Related TopicsCleveland CavaliersKyrie IrvingLeBron JamesNBA