VIDEO: Kyrie Irving Made A Bet With LeBron James For Knicks Game And Won 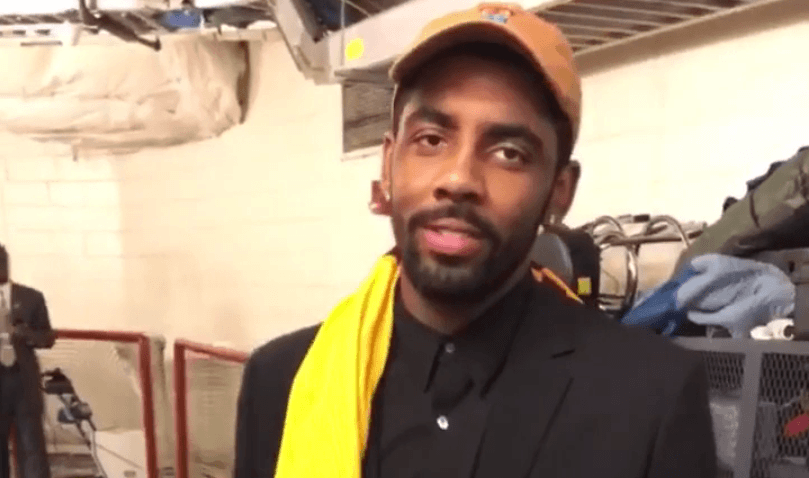 LeBron James has been on a statistical tear this past week, ever since that supposed unfollowing of the Cavs. He had a triple double on Monday vs Denver with 33 points, 11 rebounds, and 11 assists.

Kyrie Irving sat last night’s game to rest, and he made a bet with LeBron James that he would get a triple double.

The result? A 27 point, 11 rebound, 10 assist triple double that included a few thunderous dunks, including a poster on Kristaps Porzingis and Lou Amundson.

Check out the highlights from LeBron’s triple double.

LeBron James records his third triple-double of the season with 27 points, 11 rebounds & 10 assists at MSG!https://t.co/zSw5Z2Kqtc