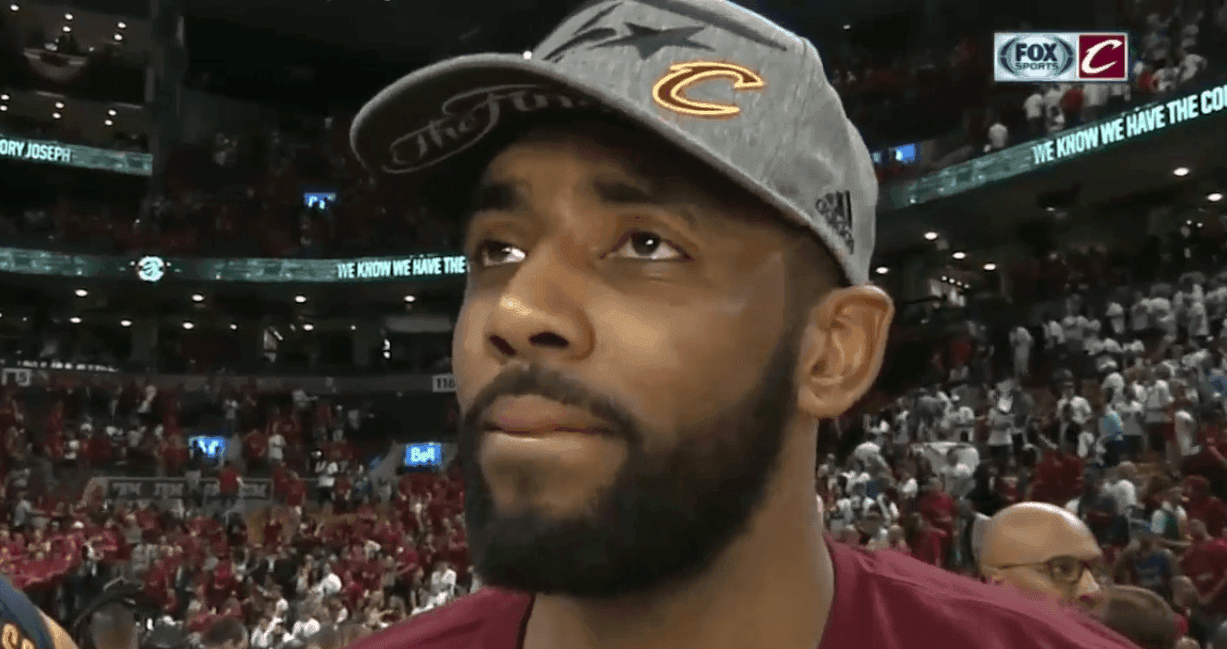 Last year, Kyrie Irving hobbled his way through most of the playoffs, no thanks to multiple injuries, and eventually ended his postseason in the first game of the finals after hurting his knee. It was a heartbreaking finish for Irving who was primed for his matchup with Stephen Curry, even standing toe-to-toe with him in his lone finals game.

No one will know how his presence could have affected the result of their series against the Golden State Warriors. But after defeating the Toronto Raptors in Game 6 of the East Finals, the flashy Cavaliers point guard now has a chance at redemption with an early ticket to the June dance.

In his interview with FOX Sports Ohio’s Allie Clifton right after the final buzzer in Toronto, an emotional Irving talked about the Cleveland Cavaliers’ NBA Finals re-entry.

.@KyrieIrving gets emotional with @FSOAllieOop after the @cavs win the Eastern Conference Championshiphttps://t.co/mlrwmzNWy0

It has been a mix of diligent preparation, discipline, focus, and a sprinkle of luck for Kyrie Irving this postseason so far. He has managed to stay healthy after three rounds, while also playing the best basketball of his career.

Averaging 24.3 points, 5.1 assists, and 1.5 steals while shooting 48% from the field and 45% from long distance after 14 playoff games, the 24-year old star has erased every memory of his lackluster regular season that was marred by struggle.

He now has plenty of time to refresh his body and refocus for a much tougher matchup in the biggest stage.