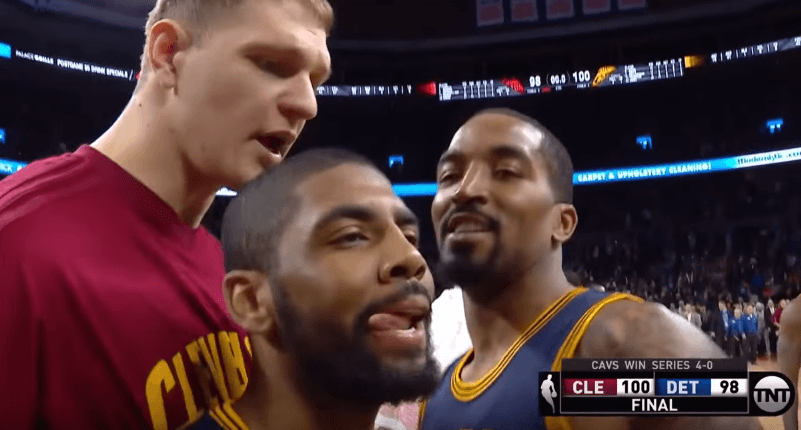 Throughout the entire first round series, the Detroit Pistons tried their best to look unintimidated by the Cleveland Cavaliers. Not only did they take unwarranted physical plays on LeBron James, Kevin Love, and company during the games. But they also, in multiple times, attempted to engage the reigning East champs in a war of words.

But the veteran team in Cleveland did not give in and made the Pistons seem like they were taking verbal shots at no one. Leading the Cavs’ attack on the court, where it only mattered, was three-time All Star Kyrie Irving.

Irving dominated the point guard matchup and stood tallest out of all players, averaging 27.5 points, 4.8 assists, 1.3 steals, and four threes, on a 47% clip, in four games. He did this while keeping his mouth shut the whole time. That is why when the final buzzer sounded to signal the Cavs’ sweep of the Pistons, Irving did not hold back and, in all bravado, bid farewell to the Detroit crowd.

Irving earned it. He was the Cavs’ most consistent player in the series, and in fitting fashion, was also the proud owner of the game winning offensive and defensive plays in succession to grant his team a valuable extension of their rest period before playing again in the second round. 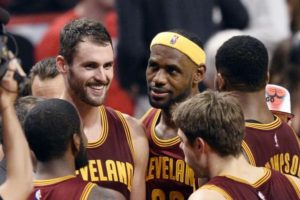 JUST IN: Why The Cavs Had Absolutely No Option But To Sweep The Detroit Pistons
Related TopicsCleveland CavaliersDetroit PistonsKyrie IrvingNBANBA Playoffs