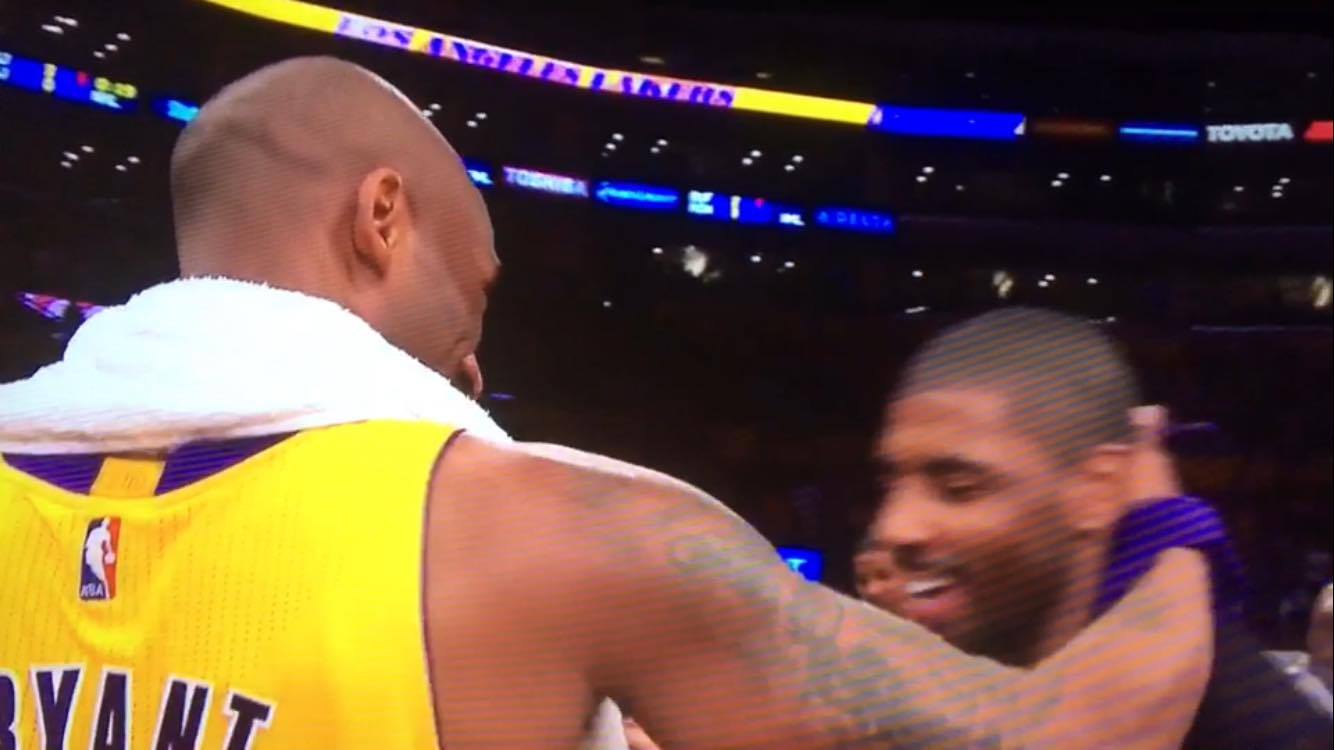 LeBron James and the Cleveland Cavaliers faced off against Kobe Bryant and the Los Angeles Lakers on Thursday night in front of a sellout crowd, and neither team disappointed. The Lakers struggling offense put up 108 points while the Cavs got another road victory.

RELATED: VIDEO: Kyrie Irving Gets Emotional, Speaks Out On Kobe Bryant And His Final Game Against Him

After the game, Cavs players went to Kobe Bryant to thank him, congratulate him, and salute him on an extremely successful 20-year career. Kyrie Irving shared a moment with Bryant after the game, and it even looked as though Bryant got a little teary-eyed on the way back to the Lakers’ locker room. 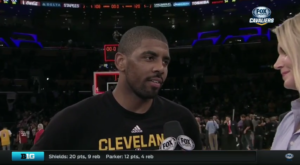 JUST IN: VIDEO: Kyrie Irving Gets Emotional, Speaks Out On Kobe Bryant And His Final Game Against Him
Related TopicsCleveland CavaliersKobe BryantKyrie Irving