VIDEO: Klay Thompson Mocks LeBron James For Getting Into It With Draymond Green 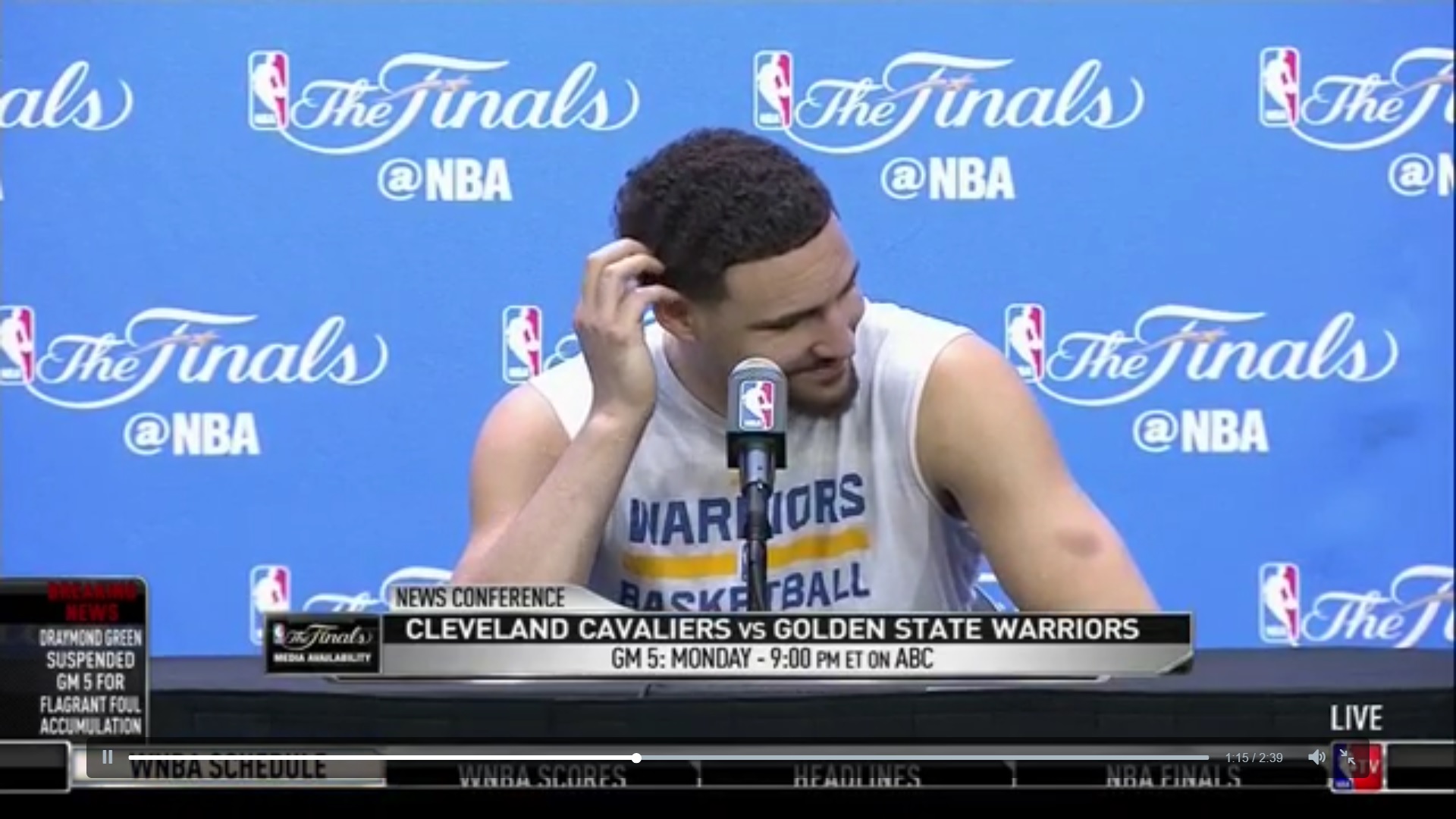 By now everyone has seen the LeBron James and Draymond Green incident in Game 4 which triggered a review and suspension by the league. Green will miss Game 5 and James was also issued a technical foul for taunting him.

On Sunday’s media availability in Oakland, Klay Thompson was asked about the incident and what he saw. He spoke about how the two got tangled up, and then proceeded to take a shot at LeBron.

One would think that this has the potential to light a fire under LeBron and the Cavs heading into a do-or-die Game 5 on Monday night. The Warriors have dominated in most aspects of the game so far and Cleveland will need to play at it’s absolute best if they want to force a Game 6 back in Cleveland. 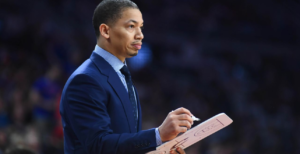