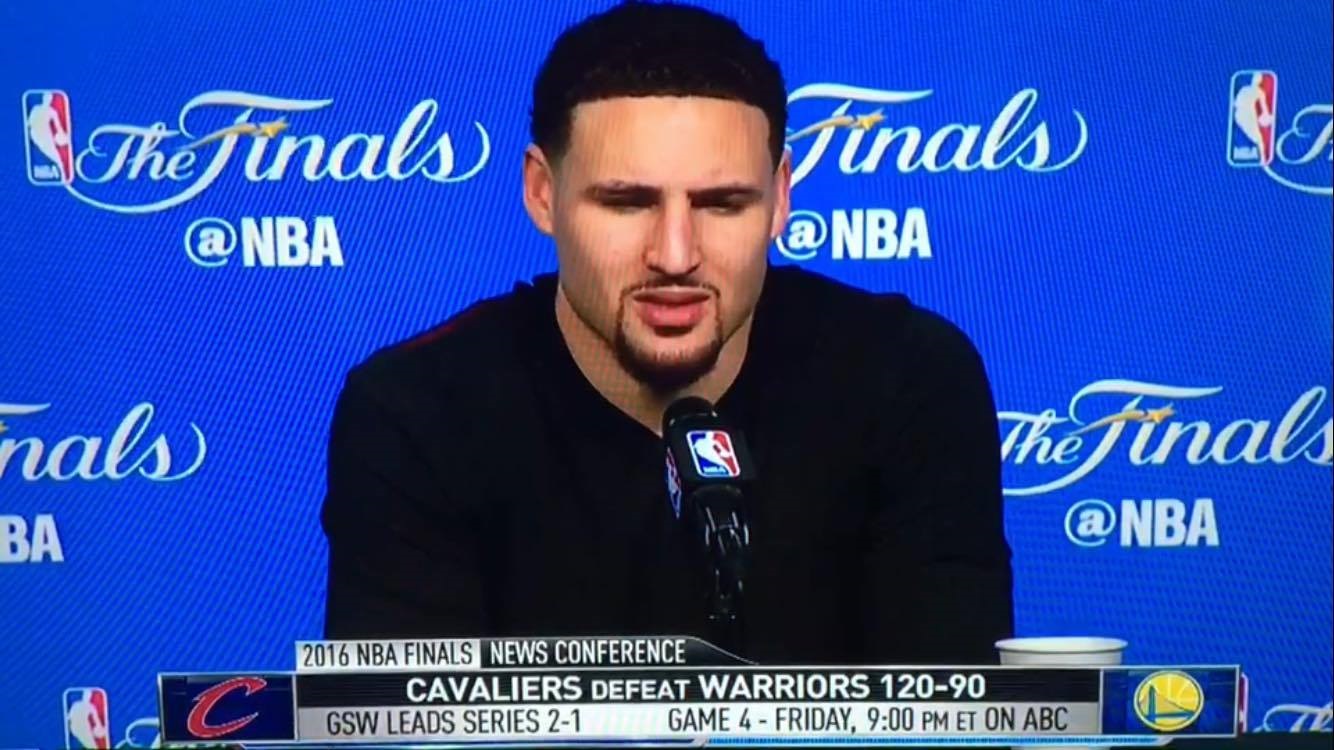 Game 3 of the finals series between the Cavaliers and Warriors turned out to be a muscle-flexing affair for the home squad of Cleveland. The final score was 120-90, one of worst losses of the defending champs’ season.

The Cavs started the game with guns ablaze and to add slight injury to insult, Klay Thompson took a hit from Timofey Mozgov, as the latter was setting a screen for Kyrie Irving, towards the end of the first quarter.

Klay Thompson gets hit by the Wall of Mozgov, and thought that was dirty. #CavsNation pic.twitter.com/czo17R2282

Thompson did not hold back in expressing his dismay over the play.

It seemed kind of dirty to me. He stuck his knee out too, but that’s basketball. I’m just confused why he’s trying to set a pick in the middle of the key when we’re both running full speed.

The collision caused the Warriors shooting guard to enter the locker room until returning early in the second quarter.

RELATED: Kevin Love’s True Value To Cavs Will Not Be Dictated By Warriors

Though the video evidence does not suggest any explicit motion from Mozgov that seemed out of ill intent, and he wasn’t even whistled for a technical or flagrant foul, the outcome of that sequence proved insignificant to how the Cavs dismantled the Warriors last night. JUST IN: FULL HIGHLIGHTS: Cavs Thrash Warriors In Game 3 With Chance To Even Up Series; 120-90
Related TopicsCleveland CavaliersKlay ThompsonTimofey Mozgov