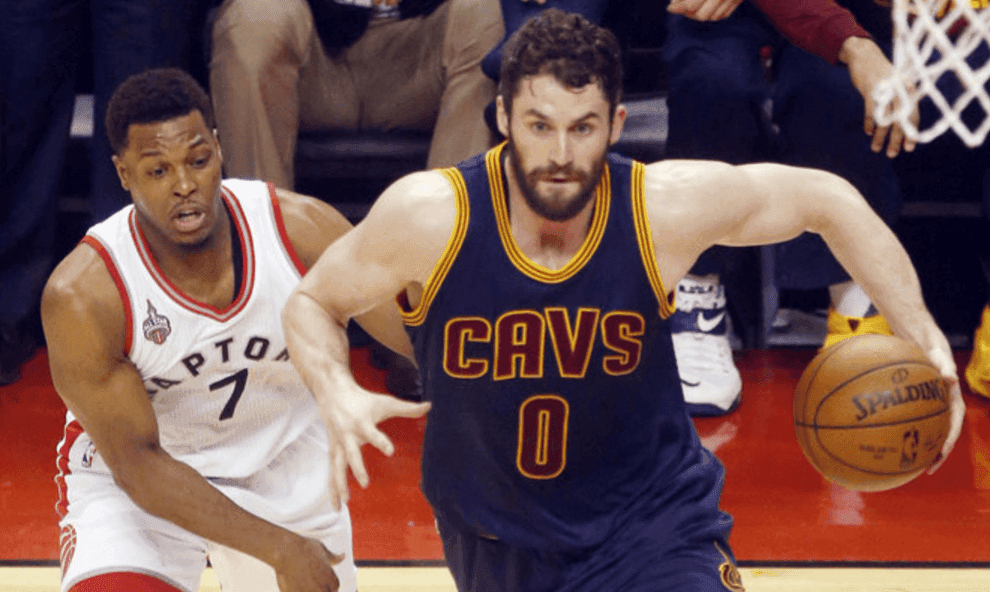 Kevin Love and the Cleveland Cavaliers suffered their second loss of the postseason, and their second in a row, in last night’s Game 4 of the Eastern Conference Finals.

The major concern for Cavs fans right now is figuring out what is going on with Kevin Love. He’s not playing well offensively, he’s also struggling defensively, and he’s now dealing with a knee injury.

It happened on this play, when he was coming in to rebound a shot attempt. Love stepped on a referee’s foot, and came down awkwardly right away.

This is bizarre… Kevin Love turned his ankle on the official? pic.twitter.com/aeO7RbvzI4

After the game, Love was asked about the injury, and he said his knee would be sore, but that he will play in Game 5 back at the Q.

Kevin Love said he hurt his knee when he stepped on official's foot. Expects it to be sore tomorrow but he'll play in Game 5