VIDEO: Kevin Love Hilariously Plugs Chocolate Milk Ad Into His Postgame Interview And Gets Roasted By Kyrie And LeBron 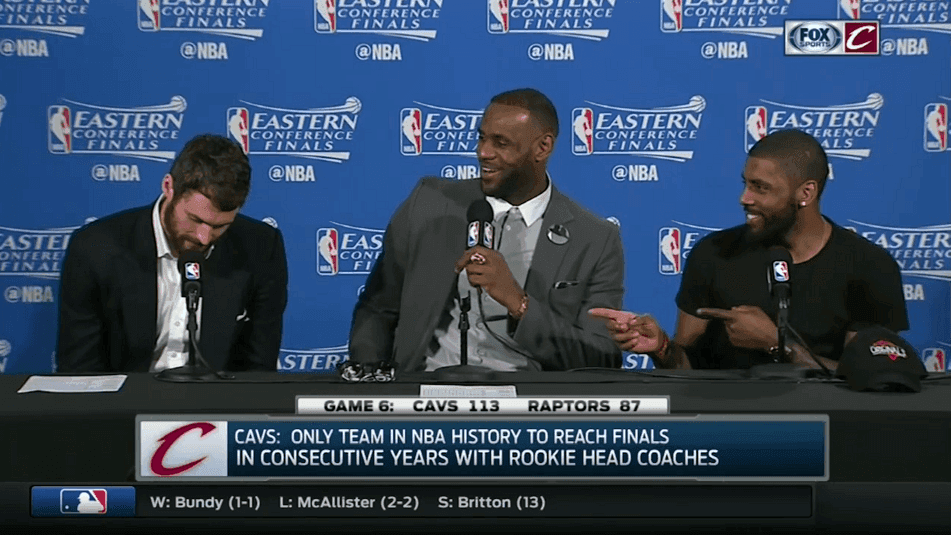 In case you didn’t know, Kevin Love has a commercial promoting chocolate milk, where he uses chocolate milk as a rebound from his workout.

After Game 6 of the Eastern Conference Finals where Cleveland secured it’s second consecutive bid to the NBA Finals, the trio of Kevin Love, LeBron James, and Kyrie Irving were asked about the reason for not having champagne in the locker room.

LeBron James said they just used water because that’s all they had, but Kevin Love, well, he was able to hilariously sneak in a plug for his chocolate milk. Kyrie and LeBron caught it, and messed with him after.

What special beverage did @kevinlove celebrate with after the @cavs won the Eastern Conference Championship?https://t.co/0bwn5uiZPo