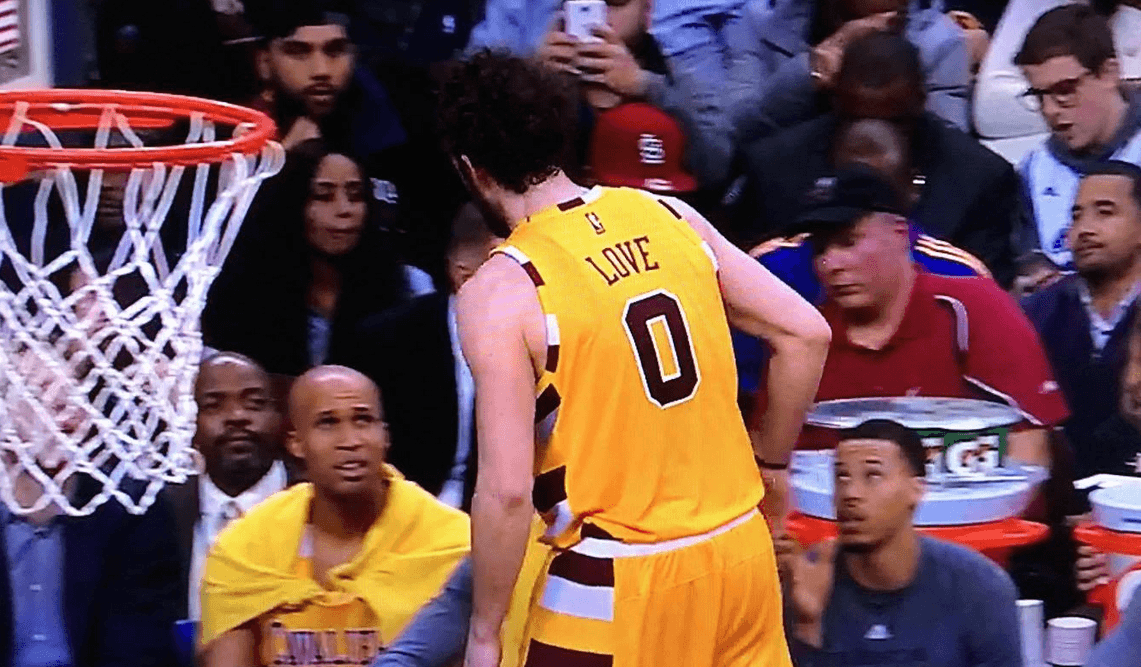 Good news came out of the Cavs’ side as it turned out that Kevin Love only suffered a stinger to his shoulder. ESPN’s Dave McMenamin tweeted about the update and this is certainly a welcome development.

League source tells ESPN that upon initial examination, Cavs do not believe Love's shoulder injury to be major: "Most likely he'll be fine"

After the game, McMenamin spoke with Love about the injury.

“At the time I didn’t know really what it was,” Love said after the Cavs’ 120-111 win over the Lakers. “Just like when you get hit in the funny bone, the elbow has shooting pain. It felt like fire was running down my arm. Just a stinger, and doctors decided we’ll be cautious and use the break for it to feel better, but it actually feels OK right now.”

According to McMenamin, Love also said that team doctors advised him he could have post-surgery complications with his shoulder, even though it’s been healed enough for him to play for the last several months.

“I was told it could be a number of things, one being my stuff is anchored down pretty tight in there, and it will always kind of be like that,” Love said. “Getting full range of motion back, you can get to 90-95 percent, but getting that last little bit is always tough. It wouldn’t be surprising if in the next couple days it loosens up on me and feels good.”

Kevin Love took a hook shot over Kobe Bryant, and then apparently injured his left shoulder. It was the same shoulder he injured in the postseason thanks to Kelly Olynyk, and there is no update on his condition.

It’s worth noting that David Griffin raced to the locker room immediately to check on Love. The only update so far is that Love will not return.

Upon Love exiting, GM David Griffin raced to the back to follow his power forward. 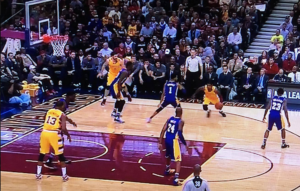