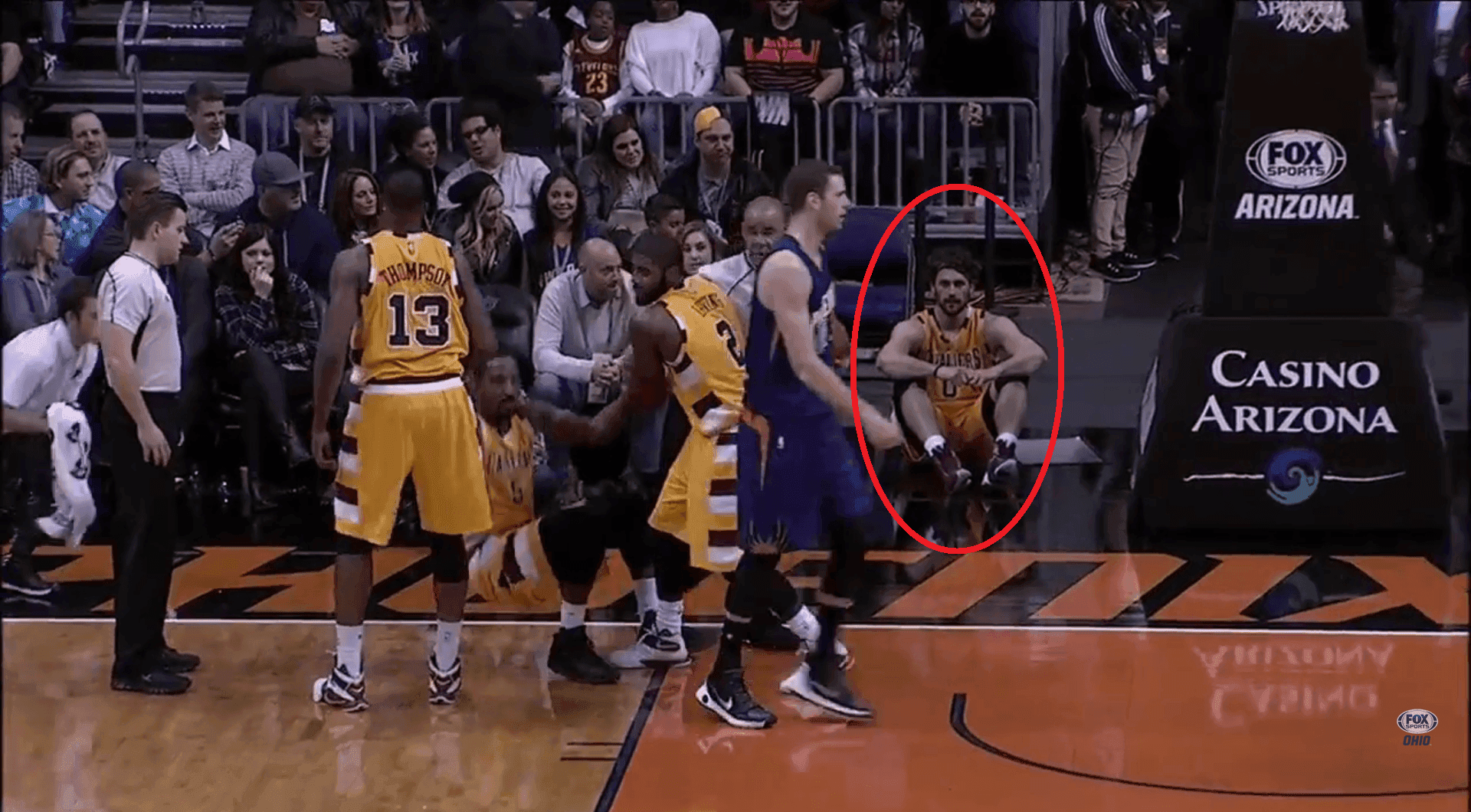 The Cleveland Cavaliers are widely known as a brotherhood around the league. They’ve got some of the greatest variety of personalities among the players from J.R. Smith’s comical character to Tristan Thompson’s quiet nature. Whether it be a post-game photo pose…

…or the number of handshakes these guys know…,

…this team is a tight-knit group that has been through all the great ups as well as all of the tough downs.

Against the Suns on Monday, a pair of Cavaliers in Kevin Love and J.R. Smith both hustled after a loose ball to try and save it from going out of bounds. Love dove out of bounds next to the basketball stanchion, and Smith, who was on the floor with the ball, was eventually met by a Suns player as a jump-ball was called. Kyrie Irving and Tristan Thompson both went to help Smith, but seemed to miss Love sitting next to the baseline courtside seats on the floor.

For a second there, Love watched as his teammates walked away. A moment later on the way back to their bench, however, LeBron James and Tristan Thompson realized they were missing their star power forward. They spotted him along the baseline and ran over to help him up.

Love shared his thoughts on what he considers to be a pretty hilarious moment for the team.