VIDEO: J.R. Smith And Tristan Thompson Could Not Wait For Teammates To Finish Presser 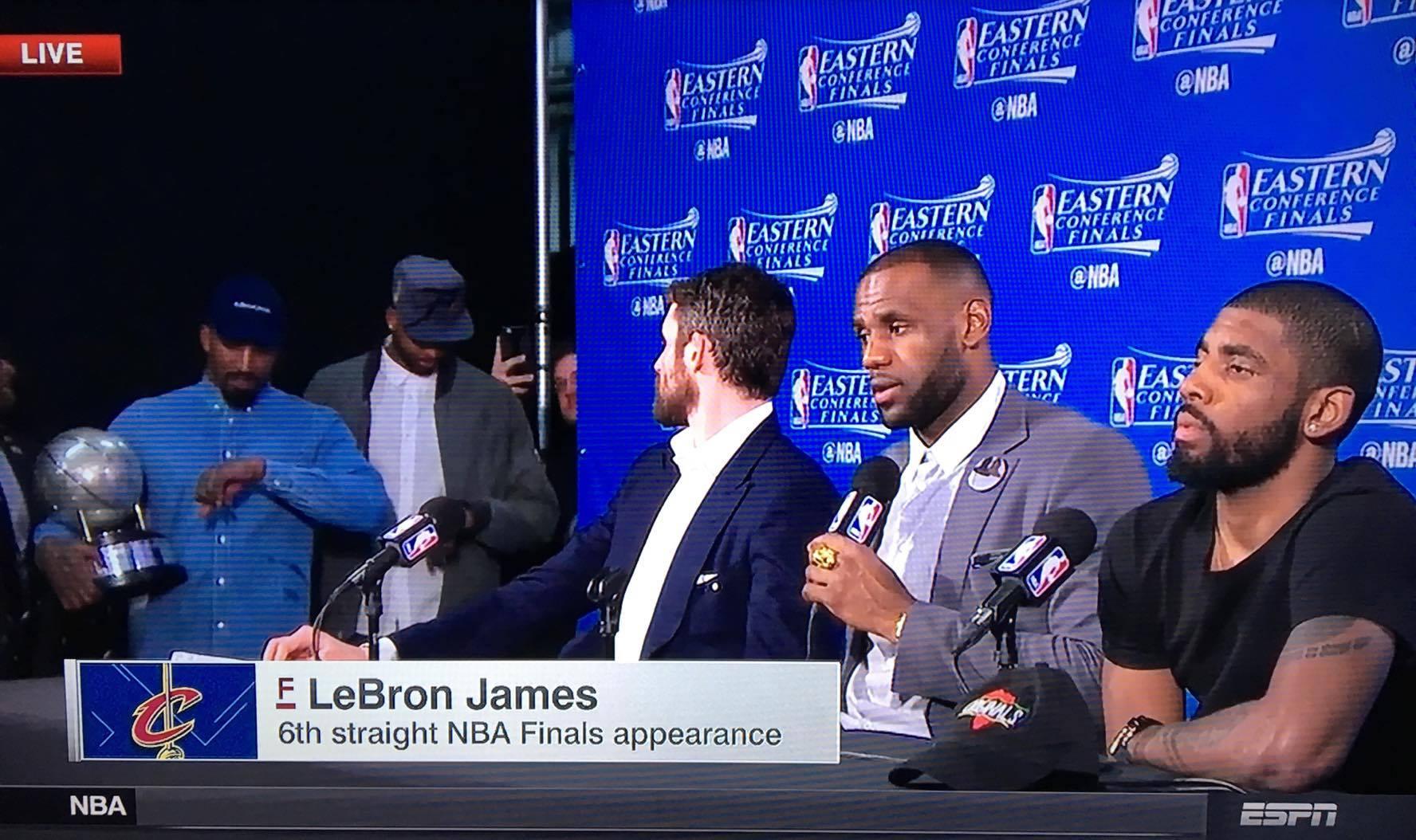 After the Cleveland Cavaliers’ series clinching win in Game 6 of the Eastern Conference Finals at the Air Canada Centre in Toronto, the Big Three was at the podium doing the customary post-game press conference.

A hilarious twist occurred when J.R. Smith and Tristan Thompson suddenly appeared on the side, visibly anxious for their teammates to finish.

Of course, they wouldn’t want to make Smith’s arms bear more weight, especially after hitting timely three-pointers in their obliteration of the Toronto Raptors. They will be needing more of those from their sharpshooter when the NBA Finals start in a few days.

Besides, they have a whole city of ever-passionate fans waiting for them back home.