VIDEO: J.R. Smith Speaks On The Frustrating Loss To The Raptors And A Possible Playoff Matchup 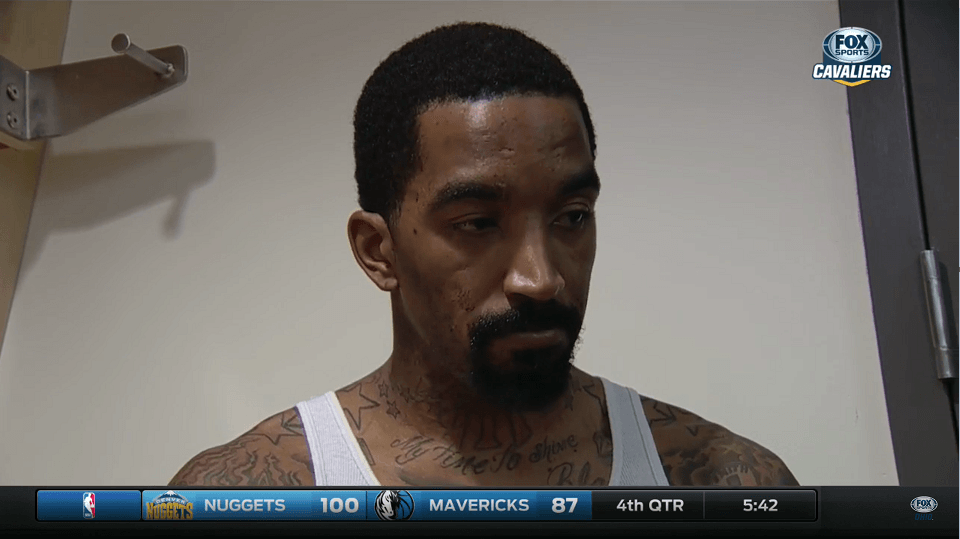 After leading for most of the game, the Cleveland Cavaliers fell to the Toronto Raptors 97 to 99, squandering a 14 point lead and a nine point fourth-quarter lead in the loss.

J.R. Smith finished with 13 points and three rebounds on 5-of-8 from the field, including 3-of-6 from downtown in 32 minutes. Smith and the rest of the Cavs did an excellent job defending DeMar DeRozan, who scored just six points on 1-11 shooting, but wasted the great effort on him by allowing Kyle Lowry to go for 43 points on incredibly efficient 15-20 from the field.

After the game he spoke on the frustrating lost to Toronto, a team they could very well see in the postseason, and looks ahead to the Wizards game Sunday afternoon in Washington D.C.