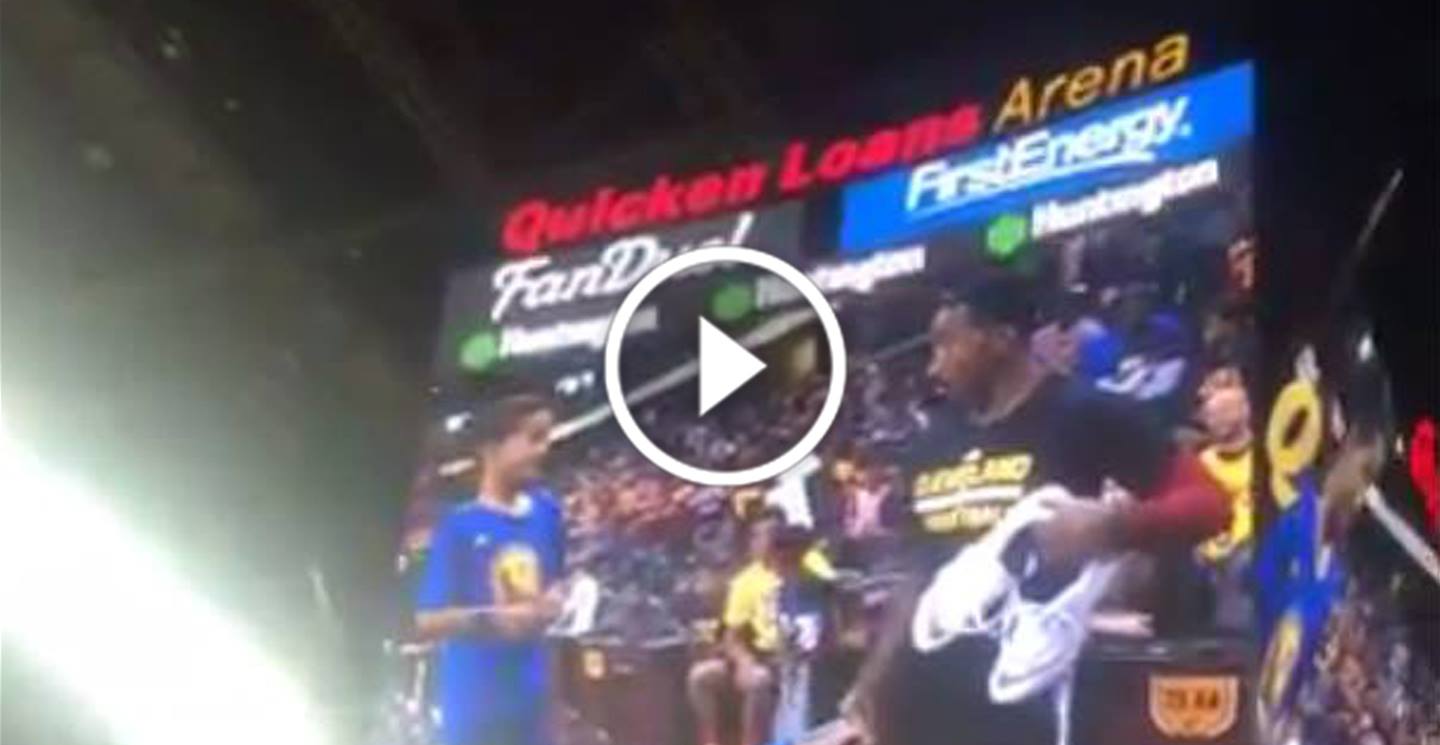 NBA fans are everywhere. You’ll find Laker fans in New York, Warriors fans in Los Angeles, and Spurs fans in Miami. That applies to every team, even the Cleveland Cavaliers no matter what time of year.

After last night’s scrimmage, the players gave away their gear to some young fans around the arena. J.R. Smith encountered one fan, a young Warriros fan, and wanted to give him his shoes, but in exchange, the kid had to remove his Warriors shirt off.

Unfortunately, the kid didn’t know what was good for him. Although his loyalty can be appreciated, he just missed a chance at a collector’s item in J.R. Smith worn Nike’s and the practice/scrimmage jersey.

Instead, Smith was pointed in the direction of another young fan on the good guys’ side and rewarded him for his loyalty with the shoes and jersey. 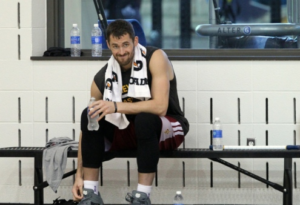 JUST IN: Kevin Love Cleared For 3-On-3, Status For Opener Will Depend On Progress
Related TopicsCleveland CavaliersJ.R. SmithWine & Gold Scrimmage