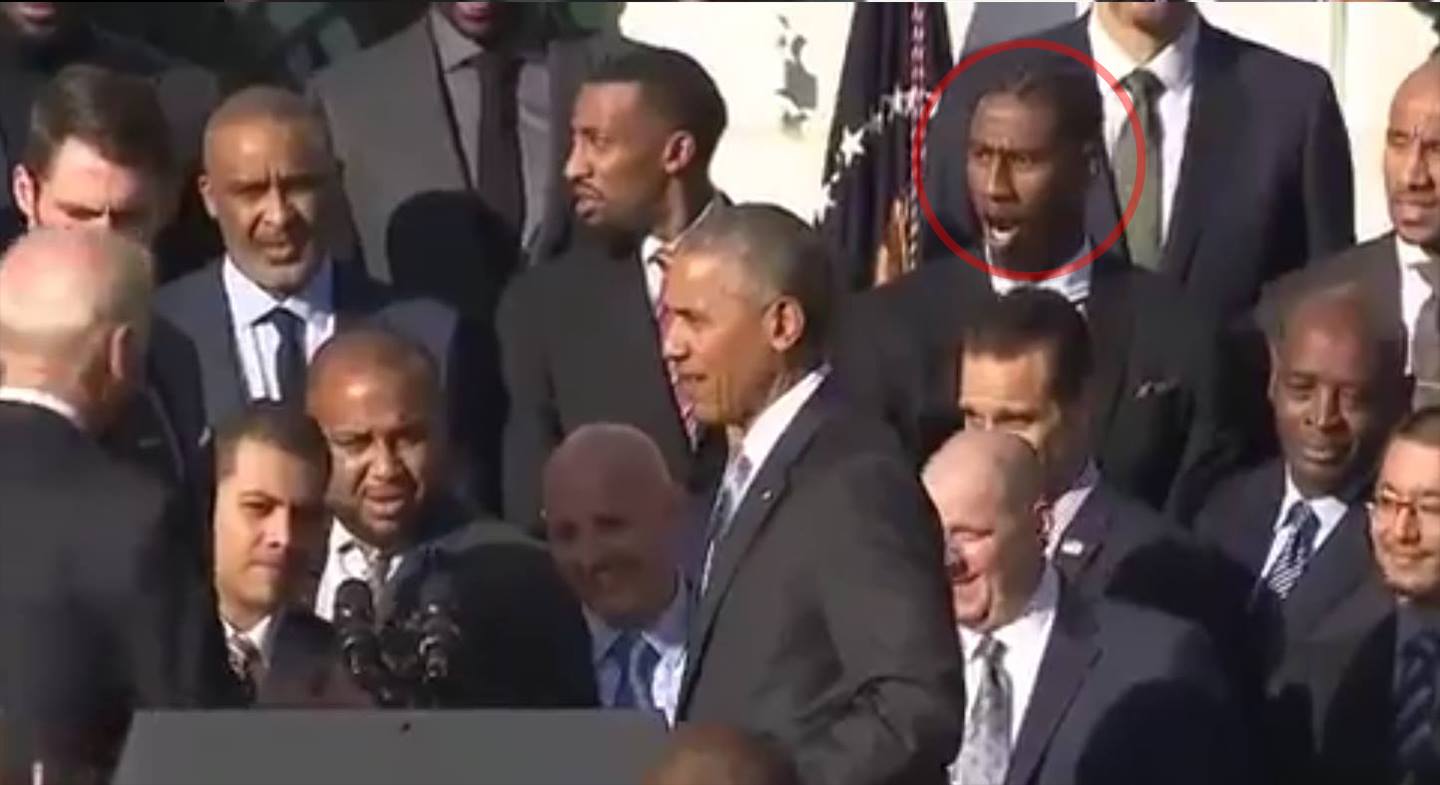 The Cleveland Cavaliers made their visit to the White House on Thursday afternoon to celebrate the franchise’s first title with President Barack Obama.

After President Obama’s speech, Kevin Love came down and gave him a Cavs jersey with the number 16 and his name on it. The President then requested a group photo and to have people remove the podium to make it possible. Apparently, Iman Shumpert did not know the podium was portable. Watch as Shumpert gets more and more shocked that the podium can be moved.